The two-day 8th International Sports Competition was organized on January 22-23 at Shah Satnam Ji Cricket Stadium on the occasion of the Foundation Day of the Shah Satnam Ji Green S Welfare Force Wing.

On the concluding day of the sports event (January 23) Revered Saint Dr. Gurmeet Ram Rahim Singh Ji Insan handed over trophies to the members of the winning team.

Men and women teams from Haryana, Punjab, Uttar Pradesh, Delhi and Rajasthan reached the venue to participate in the grand sporting events.

Like the previous years, the sporting events were an amalgamation of the traditional and the new games.

Games invented by the Revered Guru Ji, Gulstick and Rumaal Chhoo were also organized. These games proved to be very exciting.

All the players participated eagerly in different sporting events and tried their level best to win medals individually or for their teams.

A large number of people reached the venue to witness the exciting sports competitions. The spectators encouraged the players to excel in their events.

By scoring 40 points in the sports and games events, Punjab State became the overall champion. The Championship Trophy was given to the Punjab team.

With 27 points in the games, Haryana won the Runners-up Trophy.

Revered Guru Ji gave away track-suits to all the winning players and the volunteers of the other states.

Results of the Sports Events:

Sarvajeet from the Punjab team won 25 points alone to win laurels. Revered Guru Ji also praised the sterling performance of Sarvajeet and presented a handkerchief as a token of love to her. Sukhpreeet Kaur from Moga also performed excellently in the championship and scored 14 points to make a name for herself in the championship.

In this sporting event, the finals of men and women games were played between Punjab and Haryana (Power) teams. In both the games Punjab team beat Haryana after a tough grueling fight to win the competition.

The exciting final match of Gulstick was played between Rajasthan and Punjab teams. Punjab thrashed Rajasthan by 114-4 points and won the sporting event.

In the Discus throw final (singles) Karnaveer of Punjab emerged as the champion beating Puneet of Delhi who was second.

Other Girls should take Inspiration from the Sporting Events:

Revered Guru Ji is promoting the games, which is really praiseworthy. Women players are also getting a good chance to showcase their talents.

This is an inspiration for those parents who are not allowing their daughters to participate in these games. Other girls should also take inspiration from this sporting event. -Sarvjeet Kaur, Moga (Punjab), International Kabaddi Player.

I got a chance to visit different parts of the country during the sports events, but I have never seen anything like Dera Sacha Sauda. The atmosphere here is simply amazing.

I had heard a lot about the sporting equipments and arrangements here. I am lucky to be seeing all that now -Sumandeep, Mansa (Punjab), National Athletics player

It was the holy inspiration of the Papa Coach which brought me to the games. It is because of the tips given by Revered Guru Ji that I have managed to win many shot put events. I have won gold, silver and bronze medals in many sporting events. – Saddam Hussain, Uttam Nagar, Delhi National Shot put player

Daughters are also Getting a Chance to Excel Themselves I have come for the first time to take part in Shah Satnam Ji Green S Welfare Force Wing games. It is a real enjoyment and a pleasure to be here.

Revered Guru Ji is also giving chance to the girls to come up. This is not seen anywhere else – Sukhpreet Kaur, Moga (Punjab) International Wrestling and Kabaddi player

Parents/Guardians must give a chance to the Girls to Participate in the Games: Generally the girls in India are expected to indulge in household chores. They are expected to cook and serve.

But the Revered Guru Ji is not just giving a chance to the girls, but also inspiring them and giving them useful tips to play the games in a better manner. No wonder the girls have started themselves excelling in sports and games. I will appeal to the parents and guardians of other girls to allow and encourage their daughters to participate in the gamers so that they can bring laurels for the country. – Paramjit Kaur, Mansa (Punjab), National Kabaddi player

The Revered Guru Ji has given a new shape to the old games and made them modern and more relevant. Youth of today have started getting attachment with the traditional games.

I never thought beyond farming, but after joining Shah Satnam Ji Educational Institute I got attracted towards games and sports. It was Guru Ji who inspired me to do well in game. I started playing games and have so far won more than 25 medals in several athletic championships. – Jaspal, Mirzapur Thehar, Sirsa, National Athletic player 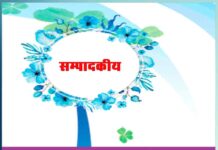