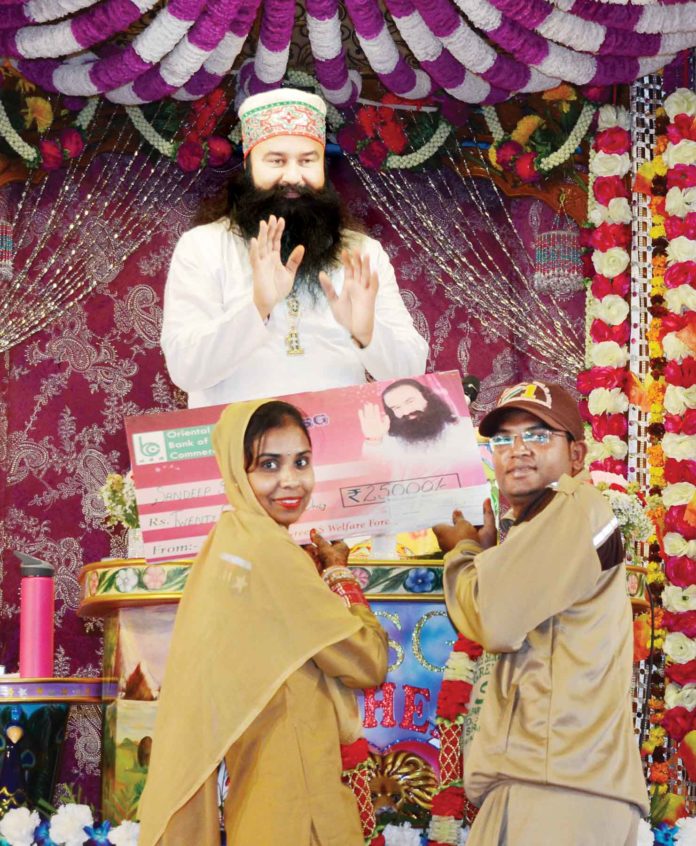 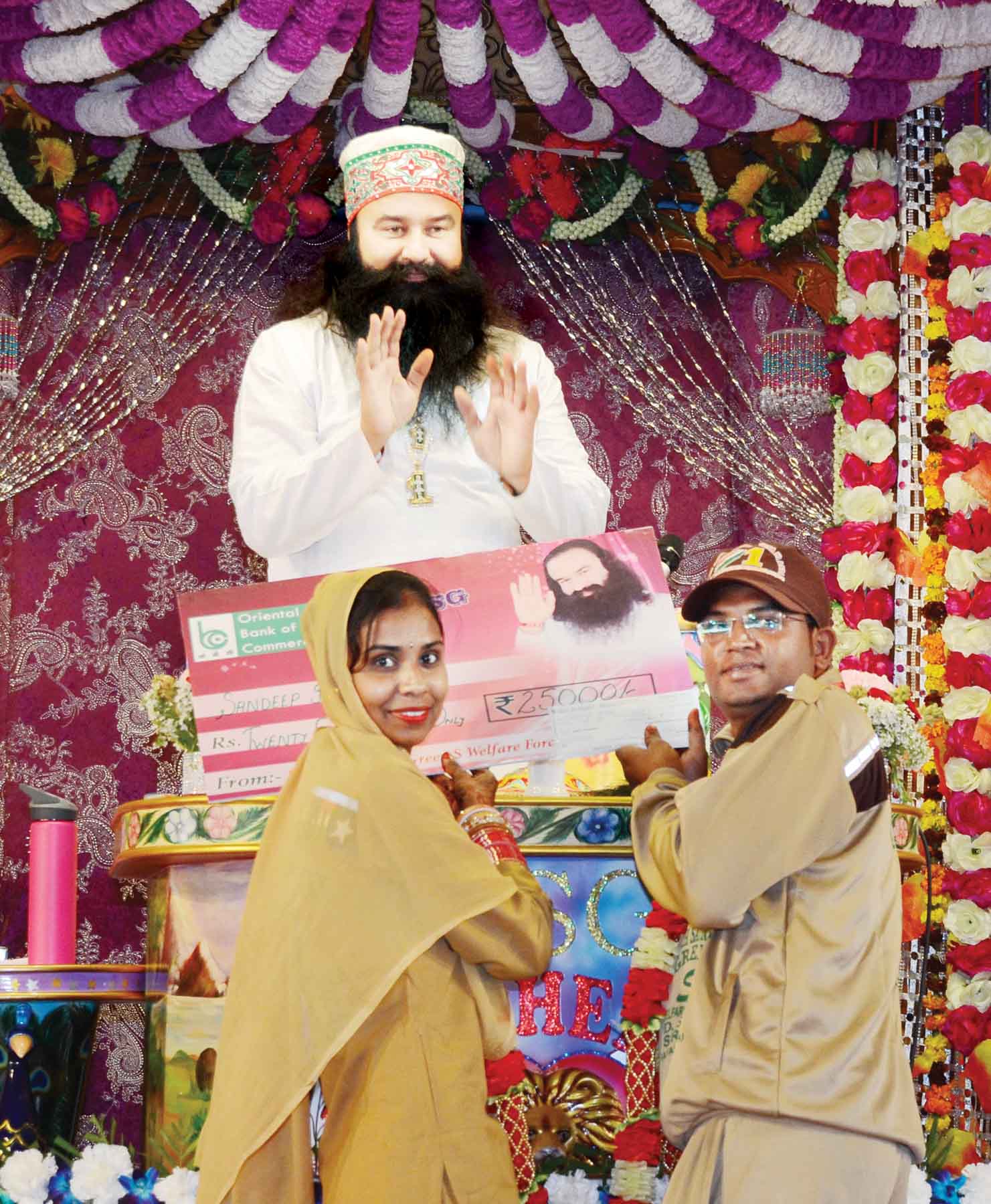 Bhakta Yoddha (Devout Warrior) accepts widow as his wife: On the occasion of the Holy Maharahmokaram Day, under the ‘Jeevan Asha’ mission, a ‘Bhaktayoddha’ married with a widow following the holy words of the Revered Guru Ji.

This was the 60th such marriage under the mission. Revered Guru Ji handed over a cheque of Rs 25,000 from His pure & sincere income as ‘Token of Love’ to the newly married couple.

He also gave His blessings to the newly weds.

In the place of the confluence of all religion Dera Sacha Sauda, the coronation day (Maharahmokarav Divas ‘28 Feb’) of Shah Satnam Ji Maharaj was celebrated on February 26 at Satnam Ji Dham, Sirsa with great fervor. A large number of devotees from different states attended the programme to celebrate the great day.

The congregation ground was filled with lacs of people. There was not an inch of space left. Welcome gates had been installed at various places. On the occasion of the grand celebration, Revered Saint Dr. Gurmeet Ram Rahim Singh Ji Insan taught Method of Meditation to 8890 people and salvation.

Besides, under the ‘Smile on Innocent Face’ project, 28 poor students were given books from the book bank and free toys from the toy bank of Dera Sacha Sauda. On this occasion, the Revered Guru ji handed over keys of newly built houses to four needy homeless people under the ‘Ashiyana’ scheme.

A physically challenged person was presented with a tricycle. Revered Guru ji also handed over a cheque for Rs 1 lakh to Jagdish Insan, resident of Dhirana village of Bhiwani district, from the Shah Satnam Ji Green ‘S’ Welfare Force Wing charitable fund for the treatment of his son. ‘Prasad’ (blessed eatable) was distributed among the devotees within a few minutes of the end of the religious discourse.

6 Camps Organized at the same Time

On the Holy Maharahmokaram Divas 6 public welfare camps were organized. Rev. Guru Saint Dr. Gurmeet Ram Rahim Singh Ji Insan joint the ribbon to inaugurate the camps. As many as 1837 units of blood was collected at the Sachkhand Hall of Shah Satnam Ji Dham.

At the same time in the 72nd Jan Kalyan Parmarthi Camp 832 patients were checked-up free of cost. As many as 405 patients were males and 427 females. In the free Legal Advice Camp hundreds of people got free advice with regard to legal proceedings. In the Career Counseling Camp 12 expert career counselors gave free advice to job seekers.

In this camp hundreds of people took advice regarding their career, from the career experts. The camp remained open till late in the evening. Many people queued at the Cyber Law and Internet Security Camp to get free information on cyber law.

In the ‘Annadata Bachao’ camp, a large number of farmers got free advice on farming and agriculture. On the other hand, the farmers also took advice about the animal husbandry. At the 72nd Jan Kalyan Parmarthi Shivir (Health camp), as many as 30 specialist doctors checked up- patients suffering from heart diseases, dental problems, cancer, TB, diabetes, ladies problems.

Along with the check-up, the patients were also given free medicines.

■ The following Blood Bank Teams participated in the Camp: 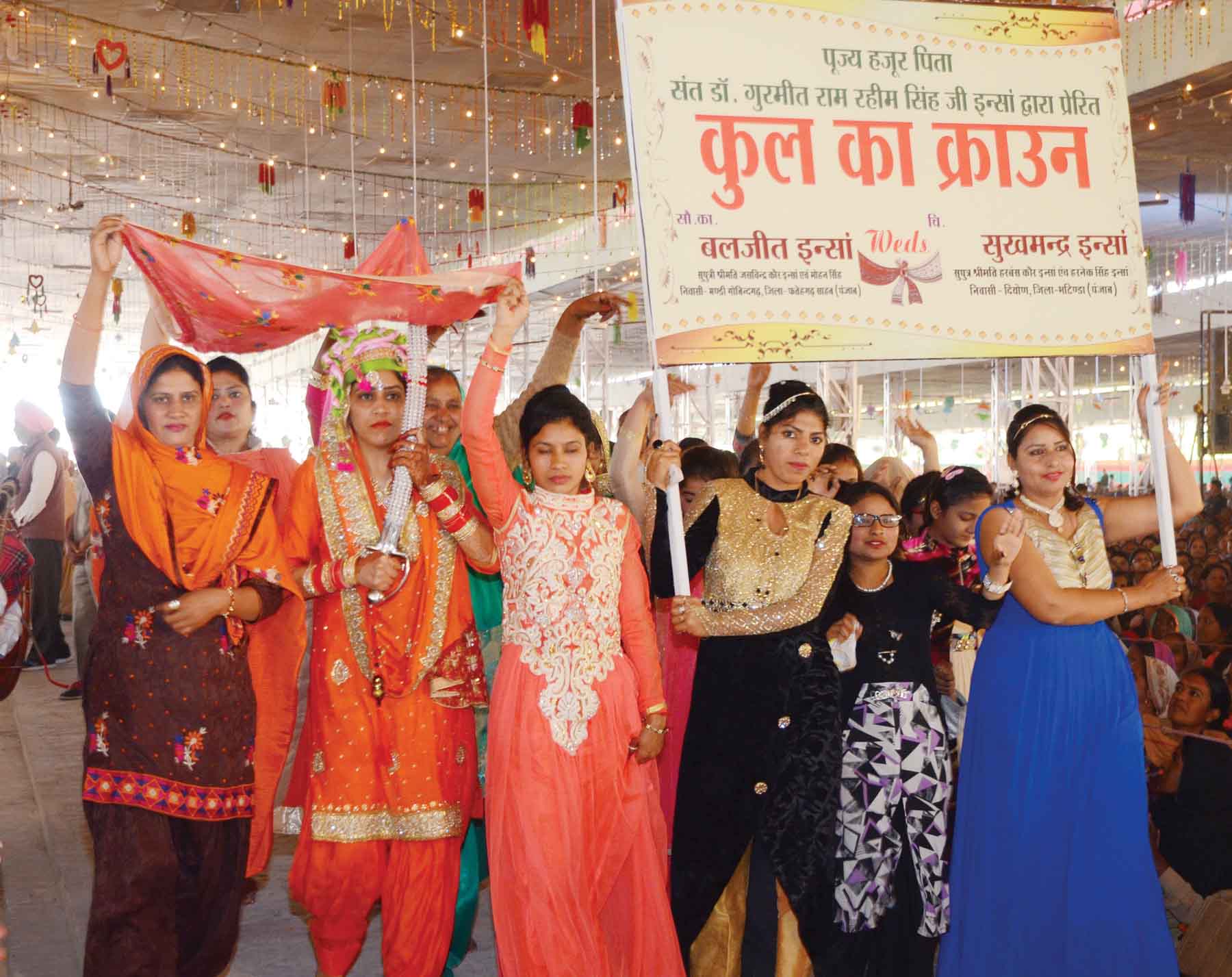 On the occasion of the holy ‘Bhandara’ another marriage took place under the ‘Kul Ka Crown’ campaign. Under this campaign the lone daughter of the parents takes out her own ‘baraat’ to the bridegroom’s house, instead of vice versa. After the marriage, the bride brings home her husband. The dynasty runs in the name of the girl onwards.

Rev. Guru Ji has given the names of such girls as ‘Kul Ka Crown’ and the boys as the Bhaktmard Gaji’ (Devout Gallant). Revered Guru Ji handed over a cheque of Rs 25,000 as ‘Token of Love’ to this newly wed couple along with His blessings. 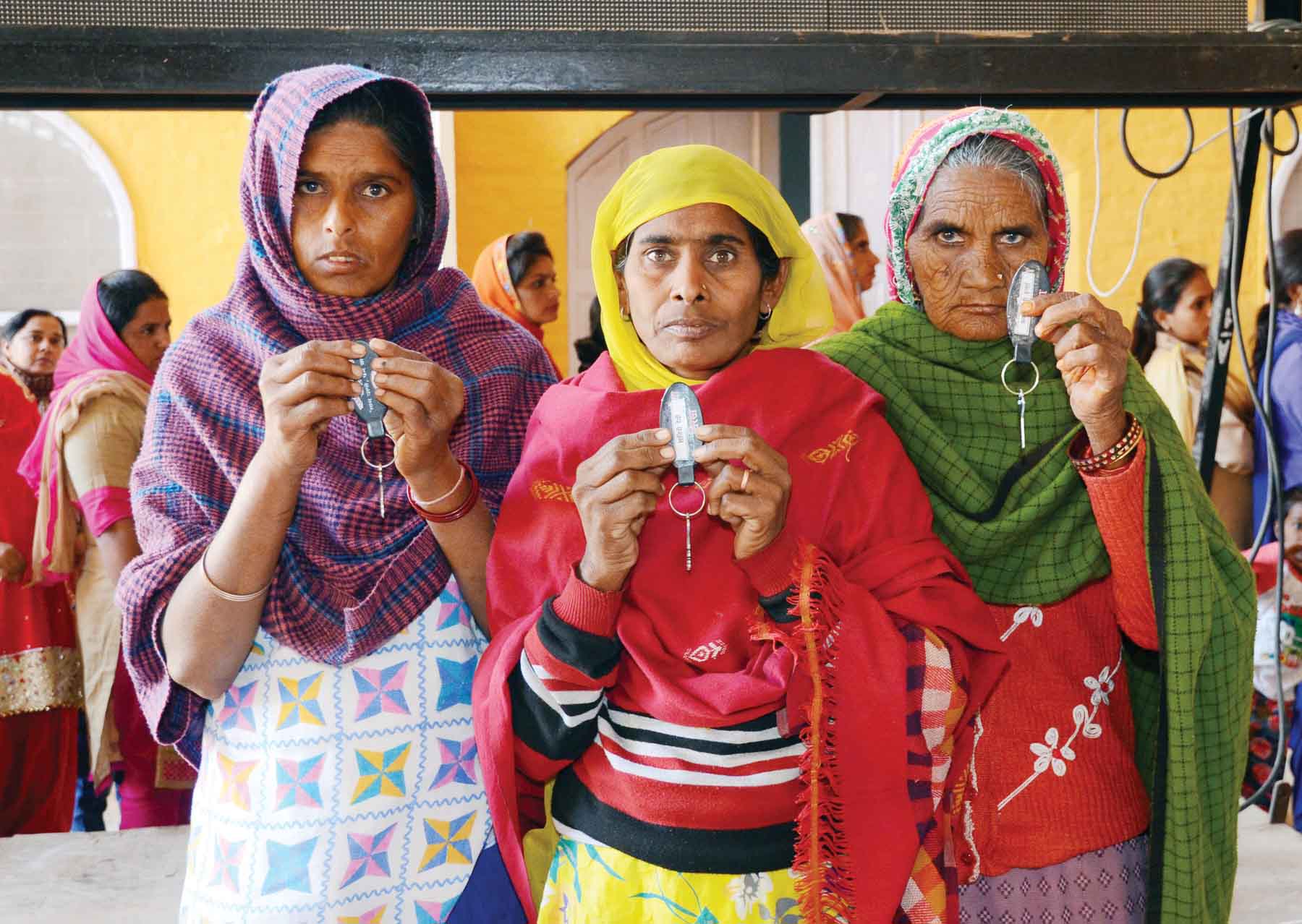 Faces Lighted up after Getting the House

On the occasion of the Holy Maharahmokaram Divas, Revered Guru ji handed over keys of four houses to the needy, under the compaign ‘Ashiyana’.

The houses had been built by the devotees and the students of Shah Satnam Ji Educational Institutions and Among the lucky owners of the newly built houses were widow sister Kiran Kaur Insan and widow sister Savitri Devi of Block Rori, Sirsa. Both the houses were built by St. MSG Glorious International School (Boys wing) and Block Rori.

Recipient of the houses were overjoyed to get possession of their new abodes through the holy hands of the Spiritual Guide.’

Prehistoric Creatures That Are Still Alive