Premi Kabir Das R/o village Mahmudpur Rohi, district Fatehabad has ,thus, described an incident of great benevolence of Reverd Beparwah Mastana Ji Maharaj. The event is of the year 1978.That day my wife Nanak kaur said that she had got the vision of Shah Mastana Ji.

She said that He would take me away with Him on the fifth day at 11 0’clock.

I asked her where He would take you. She said that He would take me to the Eaternal Abode. She was very happy with the vision of the Revered Spiritual Master. I told the entire incident to the devotees and Sat Brahamchari Sewadar of Dera Sacha Sauda, Amarpura Dham Mahmudpur Rohi.

Some devotees discussed the matter with each other and prayed to the second Spiritual Master Param Pita Shah Satnam Ji Maharaj to increase the life of Bibi Nanak Kaur so that she can live more. If the Spiritual Guide wants to increase the age of anyone, He can definitely do so. In this connection many devotees from Mahmudpur Rohi, Bighar and Fatehabad came to Dera Sacha Sauda Sirsa.

That was the fifth and the last day of Bibi Nanak Kaur. The devotees met the Revered Param Pita Ji. A devotee of Bighar village, Channan Singh fell at the holy feet of Revered Param Pita Shah Satnam Ji Maharaj and described the entire incident. They urged: Pita Ji! Please grant this sister (Nanak Kaur) ten or twenty years more of life.

The Revered Partam Pita Ji then said,’ See, this mortal world belongs to the Negative Power. It is a world where a person takes birth and dies later. Let her go to her real world (the Eternal Abode). Let her enjoy the joys and happiness there.’ He also gave an example to explain. If a person gets a jail term of 20 years and completes his term, the Jail Superintendent passes order of his release.

The Jail Superintendent cannot allow him to stay there longer than his jail term. In the same manner, dear brothers! this Bibi’s jail term (84 lakh births) has ended now. Let her soul go to the Eternal Abode. Don’t put obstacles in her path. Revered Spiritual Guide requested all the devotees to go back home.

This Bibi is about to go to her real home. All of us then took permission from the Param Pita to leave for our respective homes. It was dark by now. After reaching home we had just taken water and tea ,just then my wife made a gesture to me to come near her. She said that Revered Mastana Ji has come.

I am going to my home (the Eternal Abode) by sitting in the lap of the Spiritual Master. Then she raised the holy slogan `Dhan Dhan Satguru Tera Hi Asra’ and her soul left for the Eternal Abode according to the words of the Beparwah Ji at the same time and in the same manner. She became one with God.

Everything happened in the same way as she had told five days earlier. The Spiritual Master takes His beloved souls with Him in the same manner as Bibi Nanak Kaur. While leaving their bodies the souls have no regret or pain. Such souls willingly go along with their Spiritual Guide to their real home, the Eternal Abode for eternal peace. 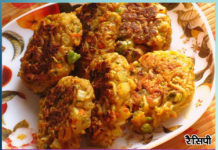 God will take care of your woes 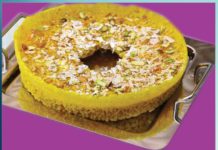 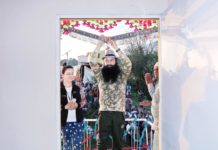