Why ISRO is India’s Success Story

The history of human exploration has been intriguing and exciting one.

It has moved from one planet to other planet, even space in search of a life possibility and of something better.

The awe to find something new has always prevailed with a tremendous state of wonder against silent wait. The urge for “eureka moment” has grown magnanimously across countries in the world. The country, once not considered advance, has too been moving ahead with experiments in their scientific voyage, to get the unique feel of it. India is not far behind too!

On Jan 6, it added another feather in its cap, when the Indian Space Research Organisation (ISRO) successfully launched the first raising operation of GSLV flight GSAT-14 communication satellite. The indigenous cryogenic upper stage was successfully flight tested on GSLV-D5 launch vehicle from the spaceport of Sriharikota in Andhra Pradesh, a feat that put India in the exclusive club of the US, Russia, France, Japan and China, which have mastered the cryogenic engine technology.

It will help the country to launch its INSAT satellites into geostationary orbit, which will in turn help India become less dependent on foreign satellites. The principal objective of the mission is to enhance the in-orbit capacity of extended C and Ku-band transponders and provide a platform for new experiments.

The success of GSLV-D5 launch has the potential to herald a new epoch of commercial viability. According to the sources, Germany and the UK have approached India for their satellite launches for 800-kg and 300-kg satellite respectively.

There will be at least two dedicated commercial launches this year using PSLV, confirmed K Radhakrishnan, Chairman of Indian Space Research Organisation (ISRO). In addition, the earnings could be double once GSLV will be accepted globally, he added.
Initial years

The initial years of space exploration was driven by Space Race, largely between the Soviet Union (Russia) and the United States. USSR’s sputnik 1 launched on Oct 4 1957 got competition from America’s Apollo 11, the first Moon landing on July 20, 1969.

After the first 20 years of exploration, focus shifted from one-off flights to renewable hardware, such as the Space Shuttle program, and from competition to cooperation as with the International Space Station (ISS). Later in 2000s, China launched a successful program, while Japan and India also broke the inertia. India story has been a single story, where it has made a rapid growth in last few decades. The primary space agency of India, ISRO was established in August 15, 1969. After six years of its inception, India first experimental satellite, Aryabhata, was launched in 1975.

For India, it took more than 28 years after independence to conduct, Aryabhata, with the assistance of Soviet Union. Then, due to lack of scientific development, the country could not propel its mission to next stage in its initial years. In last three decades, however, the Indian space agency has already launched three communication satellites weighing over three tonnes on Europe’s Ariane 5. The scientists like Vikram Sarabhai, Satish Dhawan and UNR Rao had shaped a culture of excellence in the organisation that is paying rich dividends today. ISRO has turned the Indian space history into a successful chronicle.

Among its future plans, ISRO will launch a number of new-generation Earth Observation Satellites in the near future. It will also send unmanned missions to Mars and Near-Earth Objects. ISRO has planned 58 missions during 2012–17.

MOM vs MAVEN
In the last decade, NASA and ISRO have made giant leap towards space and Mars mission. With its successful Mars Orbiter Mission (MOM), Mangalaayan launch on Nov 5 2013, ISRO has certainly climbed up a notch with its Asian rivals. After the event, India became the sixth country to launch a mission to Mars after the U.S., Russia, Europe, Japan and China. Mangalyaan carries a 15-kilogram suite of five science instruments to study the martian upper atmosphere, surface features and mineralogy.

It will study the likelihood of the presence of methane and whether it comes from a biological or a geological process, if found, means there is possible life on the planet. In comparison, the National Aeronautics and Space Administration (NASA) of the United States, whose 22nd mission, the Mars Atmosphere and Volatile Evolution Mission (MAVEN), which was carried out on November 18.

MOM’s objectives are somewhat more modest and general compared with MAVEN’s, which are designed to answer specific questions, given NASA’s findings on the planet over the past five decades. Although both MOM and MAVEN have three instrument packages, MOM only has five instruments, while MAVEN has eight. Incidentally, both missions will make their respective insertions into the Martian orbit on September 21, 2014.

ISRO’s catalogue of accomplishments continues to grow as several successful tests and technological inductions were carried out in 2013-14. The recent achievements are testaments of how far the country has come in technology development.

Over the years, 50 satellite launches that the ISRO has carried out in the last 30 years, has achieved a degree of sophistication that makes it an emerging competitor in the world space business.

It has definitely done an inspirational work that can be modelled into to other domains. If India are capable of making cryogenic engines, send space vehicles to the Moon and Mars and launch rockets capable of carrying nuclear weapons, then it can also manufacture own arms, helicopters and submarines for the country’s defence.

Undeniably, ISRO has attained a certain status in satellite building and the organisation should focus on evolving new spacecraft platforms for the future and strategies for the new.

The lesson to learn from the achievements, is if you come together for a mission, focus on their similarities, then you can become an incredible team, which can achieve almost anything. In future, there will be synergy between various countries in space and mars exploration. That time India will be a country to be counted and ISRO will be a story to be told. 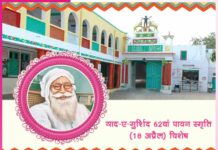 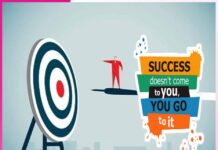