Of the vanishing mother’s lullaby

In older days, mothers used to sing lullaby to put the children to sleep.

Moreover, this was not the only benefit of the lullaby.

It would also shape up future of the child. Unfortunately, the things have changed for worse.

Nowadays lullabies have just become things of the past.

The children grow up with babysitters or domestic helps or someone else and never hear their mother singing a lullaby for them. This change has come because most mothers are working women.

They are so exhausted at the end of the day that they are just not left with the energy enough even to rock a child and put it to sleep, leave apart singing lullabies.

To top it up, even the Indian families are now adopting the way of putting the children to sleep on separate bed just like the parents do it abroad. But do the mothers ever realise how the lullabies help develop personality and character of the children.

This is the main reason as to why the children today are becoming more irritated, violent, selfish and devoid of moral values.

A child who goes to sleep listening to the lullaby or tales is more likely to sleep fitfully compared to a child who is put under fear to go to sleep. A child who sleeps because fear has been put in his mind will remain scared in his subconscious.

A child who sleeps with its mother normally is breast fed more often and as a result of that its resistance to various infections and illnesses increases.
The children who go to sleep listening to lullabies of mother grow into more confident people compared to other children.

If a child is close by, the mother is obviously more alert towards it. Therefore she understands if the child is suffocating, feeling hungry, feeling thirsty or facing any other problem and takes appropriate action.

As a result, the child breathes easy and deep and his heartbeats and body temperature remains controlled and normal.
Shaili Mathur 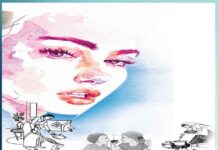 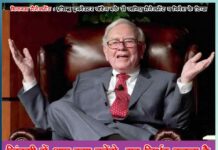 Excessive Screen Time for Kids-How to Keep Your Child away from Screens? 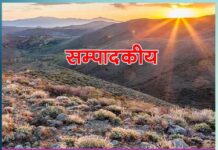 Father is like a huge Tree under whose shade we grow...