The Train Halted by Virtue of the Holy Slogan

Lady Baljeet Kaur daughter of devotee Nayab Singh resident of village Nataar Distt.,Sirsa tells us about a very interesting incident,in writing. It is an incident of 1976.

That day, after listening to the spiritual discourse, we were going towards Shri Muktsar Sahib by train. In those days, our whole family used to live in our native village Sohanewala distt. Shri Muktsar Sahib. In the train, devotee Dr Malkeet Singh and his wife were also there with us. On the way, we saw one malleaan(shrubby berries) which was bearing very beautiful red colored berries.

When we saw the bushes bearing red colored berries we became inveigled that if the train stops for some time then we will pluck the berries,quickly. Dr sahib said that he wanted to eat the berries. I told them that O brother ,the words of Revered, Shah Satnam Singh Ji Maharaj are that if you raise the holyslogan”Dhan-Dhan Satguru Tera Hi Asra”with devotion then even a train in high speed can also stop.

All four of us raised the holy slogan” Dhan Dhan Satguru Tera Hi Asra” with innocence in high pitch.(In those days,the spiritual followers used to raise the holy slogan and would sing the hymns, in general, in the train).It was only a wait of completing the slogan that the train stopped without any stoppage, then and there.

We have not seen any small or big trouble with the engine as we have inspected it fully, even then why did the train stop, we are amazed! This way the train stopped for about 20 minutes without any reason (as per them) and during that time we had plucked a lot of berries from the bushes, as per our wishes. The moment we came back and sat in the train, it whistled and started running.

The lady further tells us that when they reached the Dera, with the mercy of the Spiritual Master, we talked to the Revered Spiritual Master Param Pita Ji and I very humbly told Him about that day’s incident to which, the true Benefactor opined that, “O son Baljit! The holy slogan is very powerful. You should not raise it without any reason.

You should raise the holy slogan only when you do not see any other option. This way, without any reason delaying the train did not result in any good”. Listening to the warning words of the Spiritual Master, we felt ashamed that in reality we have made a big mistake.

I, immediately, asked the Spiritual Master to forgive us; O dear father, please forgive us as we have made an egregious blunder and we will not let it happen again. Extremely merciful true Benefactor opined that ”O son, you are pardoned”.

This example of His mercy proved to be an interesting incident in itself. God himself granted forgiveness to His unknown children and after that with these words of His Holiness taught a lession useful for our lives. We are thankful to the Spiritual Master a billion times, who with His kindness, thinks for the welfare of the whole world and does such great deeds. 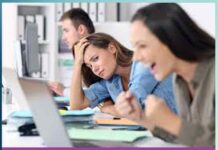 Holy Incarnation of  My Almighty Lord, Sovereign Saviour in This &...

The MSG fans made the largest poster in the world