“Premi” (Follower) Kabirjee shares a miraculous incident that he witnessed in presence of the revered Master Saint Mastana ji as follows:-

It is believed that “Dera Sacha Sauda Amardham” Aashram was established in 1952 by Saint Mastana ji in the village Mahmadpur Rohi.

Saint Mastana ji performed his first “Satsang” (the spiritual discourse) here in the same year, even before the Aashram got established. Everyone from the village attended and listened to his holiness’s spiritual discourse with an interest and devotion.

The village head was also among the attendees. Everyone was intoxicated by the divine love of revered Saint after listening him. Having observed the true love and faith of the villagers in him, the revered Saint had established this Aashram in the same year of 1952. Initially in 1952 the Aashram was constructed with raw bricks.

Those days the ground water was absolutely salty. Many of the village heads came to the Saint while he was having a discussion with the construction workers about having a tap in the Ashram. The revered Master had deliberately created this situation.

In the divine presence of the Master, the villagers prayed: “Revered Master, you are the mighty God yourself, only you can transform this salty tap water to sweet. Kindly oblige us by turning this water sweet, this way we would be your followers and would accept the method of meditation taught by you.”

Saints take different incarnations for the betterment of the world. The ultimate merciful Saint convinced everyone that it’s the supreme Power, referred to as God, Allah, or Ram, who controls everything and one must believe in Him. The supreme Power fulfils the sincere wishes very soon.

After this episode the revered Saint Mastana ji put his holy feet at one place in the Ashram and instructed the construction workers to install the tap there. The installation work picked up speed and when the water flowed, the taste was beyond comparison, cool and sweet just like the taste of nectar.

The villagers were overjoyed and they all broke into celebrations and dance. The glory of the sweet water fountain spread to the entire area. There was every reason to be happy as now they had sweet and cool water fountain flowing in their area. Whose so ever drank this water was in awe of the merciful Saint.

This water fountain became the sole source of sweet water for the entire village. It also led to the growing commotion of the fetchers on a daily basis and this became a cause of concern for the “sat- brahamchari” inmates; the ladies used to pick up fights for water which created further clatter.

It was unsettling the satbrahamchari prayers and worship routine. The solution to this problem was found after having a discussion with the village heads and the tap was replaced from its original position and installed near the main gate of the Ashram. The obvious outcome was salty water from the tap. The tap was transferred to 4-5 different positions but there was no fresh water. Everybody suggested and concluded that the tap should be installed back where it originally was according to the orders of the revered Master.

The bore well had closed after the tape was scaffold from there, so much so that even the traces of the old point were not to be found. When the right place could not be found people opined to install the tap at some nearby point, but yet again the water was saline. They tried to find the actual position once again and finally it was found out. With the revered Saint Mastana ji’s grace the same fresh water started pouring out when the tap was fitted at its old position and everyone was beaming with happiness.

Revered Saint Mastana ji with his immense mercy embraced the villagers’ true prayer in the form of this water spout and offered deliverance to hundreds of human beings with the holy discourse. With the grace of revered Master the people of the village follow “Dera Sacha Sauda” in a large number.

Moreover, a good number of the villagers serve as the permanent workers in different committees of the Ashram. The village people wish for the revered Master’s blessings and Compassion. 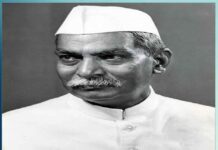