Shah Satnam Ji Girls’ College and School girls brought laurels to Sirsa once again by winning a gold medallion and a bronze, for the Indian team in the 16th Asian Roller Skating and Inline hockey championship held at Hening (China) from 24 to 28 September 2014.

These players were accorded a warm welcome by the local citizenry and honored by the district administration at a program held at Bal Bhawan which was presided over by the Additional deputy commissioner Sirsa, Rajesh Jogpal.

Jogpal said, “In a remote place like Sirsa where girls and women confine themselves to the role of housewives, these girls have shown praiseworthy spirit and beaten all odds.”

Showering rich praises on the facilities provided by the Shah Satnam Ji Educational Institutes, Jogpal said, “I have seen the Roller skating and Inline hockey stadium at the Shah Satnam Ji Girls college campus, which is a truly international level facility.

” He also encouraged the champions to serve as idols and role models for the new comers and guide them. In the 16th Asian Roller Hockey skating finals, Indian women’s team beat the Taipei by 5 goals to three.

Winners welcome was held amidst much fanfare, while the atheletes boarded decorated open jeeps and were greeted by the locals at every Chowk. The caravan of the winners passed through the city, cheered and applauded by onlookers. Milanpreet, a winning team member said, “It is all due to our Papa coach, Saint Gurmeet Ram Rahim Singh ji who showed us the way and enabled us to clinch gold and make India proud.”

Whenever we entered the ground we just focussed on how to win the medal for our Papa coach. Papa coach has taught us how to master techniques of the game.

It’s an honor for us that we have managed to do something for the nation and our Papa Coach.”

The Shah Satnam Ji Education Institutions officials were present on the occassion. This was the twice glory for Sirsa as Hockey champion Sardar Singh, who belongs to Sirsa, accomplished feat at Asian Men’s Hockey cup, making all proud. 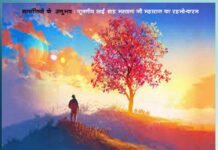 Those Blessed Are Different!