Your wisdom enables you to achieve success. Hard labour and dedication to work also contributes greatly towards this. Mind you, the marks you have obtained in the report cards of examinations have nothing to do much with the success you have achieved. It is clear that it is not wise to be in the blind race of marks.

In Arabian countries, camel race is very famous. Small children are tied on the back of the camels. The children weep, cry and tremble and sometimes they get injured also. The winning children are again prepared for the next race.

Our education policy somewhat is like this. The parents are those responsible to tie the children on the back of the camels and the participants in this race are like the children.

How the Grip is Tightened?

Children are generally exposed to all side pressure for best presentation, abusing, direction to come on the top and comparison with other children. They, however, cannot bear all these stresses and they finally break down. A child himself cannot decide the line of his development.  What he wants to do. The parents throw the burden of their hopes on the child. I could not become doctor, you would fulfill my dream.

I am a lawyer so you will also become a lawyer. When your desire turns into burden for the child, you even do not know. And if the child do not have the ability or wish towards that target, it does not take time to declare him unsuccessful or incapable. This is the psychological reason to end one’s life.

Actually parents want that the kids should listen to them fully. They compare with their own values. But today’s generation has more resources and with mobile in their hands, they all the information available in seconds. You cannot control them even though you want to do so. Now it is necessary to understand the situations and conditions.

The great mathematician Srinivas Ramanujam used to fail in all the subjects except Mathematics. If the parents of today been there, they would have made it a prestige issue. Just think, if his parents would have that would Ramanujan be with us?

Homework for the Parents

Let Them Strengthen Their Feathers

The parents should understand that children have their own natural caliber. He has the right to knit his dreams, lead his own world and the independence to search his own happiness. Children are ready to run this race, but give them the time to learn and understand. When their feathers become strong, they will themselves be ready to fly.

Fix Goal According to The Capability

It is not possible that every kid reaches the best educational institute, and comes on the top. The meaning of the education is to gain wisdom, knowledge and learning. This is not being unsuccessful, but the planning of big success. There is no need to take any negative action by becoming depressive. Fix the targets after reviewing the previous performance.  These days there are so many alternatives in the career. Try to know more about them also.

Keep Watch On Your Child’s Behaviour

The parents usually are aloof towards the psychological and behavioural pattern of their children. Only thing is very important and this is to understand them right in time. The unnatural behavior of the child, his way of talk and his status on social sites can also be helpful in foreseeing so many things.

It is very necessary to boost them morally before the results are declared.  After seeing the results sometimes children think of taking such extreme steps like suicide. So it is necessary to prepare them to face any situation in life. This will not prompt them to commit suicide.

Become the Counselor of the Kids

In the childhood children share all the things with parents. But with the growth process, they start hiding the things. This difference comes with the change in our behavior. In the childhood we praise their things and behavior and pamper them.

When they grow up and say some unwanted things, we abuse them. If the kid is doing something wrong, listen to him patiently. Learning is a slow process. Become the counselor the child.  This does not mean that every time you start intruding in his life.

The only thing is that you listen patiently and encourage him to march towards success. Now the question arises that is it necessary to force the kids to run in the cruel camel race of marks and career? The answer to this question is an emphatic no.

Instead, you should make him wise and let him decide his ways and goals. It is true that we cannot get rid of competition. It is the age of competition, but with the courage, right advice, and direction, we can make it soothing so that these flowers do not think of breaking themselves from the branches. They do even not think of taking any wrong step.

How Much Depressed Our Kids Are?

Our children are our assets and we should not be cruel to them. Instead, we should try to knit friendly relations with them so that they do not hide anything especially when they are in stress.

Really, the numbers of suicides due to the stress of the dirty game of number is alarming which needs attention of parents, teachers and all.  There should be collective efforts by all of us to make the path of our children a little bit soothing. 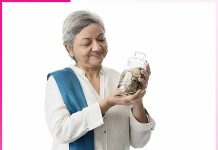 When Someone is Looking for a Better Job