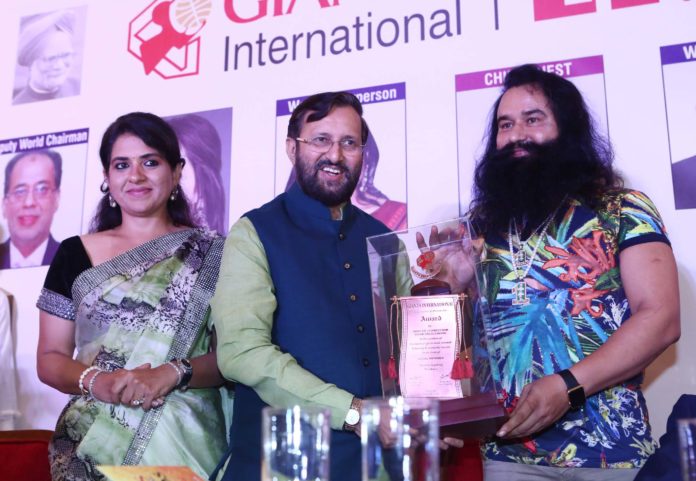 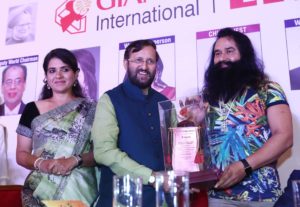 The most number of society welfare works done by the Revered Saint Dr. Gurmeet Ram Rahim Singh Ji Insan was honored with the giant international award by the central minister Mr Prakash Javdekar, in Mumbai.

On this occasion, the stalwarts in the fields of Cinema, Politics, Social service, journalism, entertainment etc.were also presented with the awards. Let us inform you that, in the whole of the world, Dera Sacha Sauda is the only institution which is doing 125 humanity welfare works all together. Keeping this in mind, this time’s social welfare giant international award has been given to the Revered Saint Dr Gurmeet Ram Rahim Singh Ji

In the presence of thousands of people when the Revered Guru Ji was presented with this award, then the whole atmosphere reverberated with the noise of claps and whistles. Upon getting this award,the happiness of more than 60 million devotees of Dera Sacha Sauda knew no bounds, who were doing selfless social service.

Music of movie was also launched
The movie MSG ‘The warrior’ Sherdil has been declared a blockbuster on the internet by seeing its trailer only and the music of this movie was also launched, in Mumbai. The music of the upcoming movie MSG The warrior ‘Sherdil’ of Revered Guru Saint Dr Gurmeet Ram Rahim Singh Ji Insan, was released in Mumbai at the Hotel Taj Lands End. During this occasion, along with Guru Ji, the members of the royal family and thousands of local people and media persons were also present.

By pressing the button of a pen drive like model with new technique, the Revered Guru Ji launched the title track’ Dhol Baje Baje Rey nagada’. The Revered Guru Ji , during this program reached the venue in a magnificent dress and welcomed all the people and also blessed them. 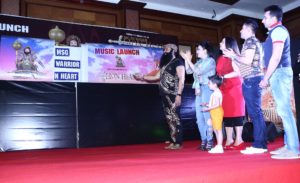