Who does not like to travel in train? It is more so in traveling in a toy train. And when we talk of the Kalka-Shimla Toy Train, it is beyond description. The width of this train track is only two and a half feet and it is recorded in the Guinness Book of World Records.

The first choice of the tourists coming here is to travel by this toy train. The Kalka-Shimla Toy Train track also has historical importance. This track was built by the British decades ago. The most important fact of creating this train track is that the unlettered villager of “Bhalkhu” helped the British Engineers to lay the tracks through the hilly terrains and mountain slopes.

It is said, that when the unlettered villager went on making the signs with the axe and the British engineers followed him. He was also awarded for this work in 1858. After this, his services were also taken for creating the serpentine Indo-Tibetan Highway. The train track from Kalka to Shimla is 95 kms long.

While passing through these caves, the tourists are filled with thrill and enchantment. Not only this, the bridges in the way are also artistic. These bridges are 869 in numbers. There is only one Iron Bridge and rest bridges are made by stones. At Kanoh, the four storey bridge is very attractive.

This track was built after many plans and meticulous surveys. It took ten years to complete it. On 9th November 1903, the first toy train reached Shimla by passing Shivalik Hills through zigzag ways.

Lord Curzon, who was the Viceroy of the then India, reviewed the whole project personally. From 1932, the Service of Rail car consisting of 15 passengers was started. After that, from 1970 Indian Government increased the passengers up to 21.

Considering the need of the Tourists, “Shivalik Deluxe Express” has been started these days. This has been equipped with the facilities like the Shatabdi Express.

This train has been equipped with five beautiful coaches with a capacity of 20 passengers. This train takes 5 hours to reach Shimla. – Parmod 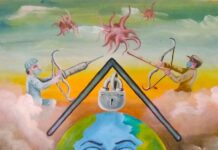 Unlock a New You This Season

How to Recover Data from Memory Card

Relationship Must Be Nurtured, Mutually Respected