The Great Scientist
Imagine a great crowd of eminent scientists of the world gathering at a single place. There are big instruments kept on the stage. Adjacent to these machines and instruments is kept a small plant.

An Indian young man standing nearby showed a powdery thing kept in a glass. Yonder lay a plant. The young man said that the powdery substance happened to be one of the most lethal poisons that act very fast. He said it said it was Potassium Cyanide.

The young man told the crowd of scientists that they will all see the effect of that deadly poison Potassium Cyanide on the plant as any other living being. The young man had self confidence and shine in eyes.

There was pin drop silence in the hall. The sharp sight of famous scientists assembled there to see the new invention of the science was focused on that young man. The young scientist sprayed some powder (poison) and started his experiment. After putting the plants close to the poison, he also started staring at the pain measurement equipment.

But that plant did not react. Moments go on passing. All of a sudden the loud laughing and hooting started. The scientist standing at the stage became surprised for a while. But the confidence on his face became more shining. Suddenly he took the glass and took out all the poison and put in his mouth.

All the gathering there got surprised and then there was chaos. Surprise, at last it was a magic, even after consuming so much of cyanide, the scientist was standing laughing. He moved his hands in the fearful crowd and said that he would not die. This is not poison. There was whispering in the crowd.

That scientist told that I trust this equipment as I trust myself. This will not ditch me ever. If there would have any poison, it would have been recorded by my equipment. I have been dishonored here and some conspiracy has been done that instead of poison, I have been given any other thing so that my experiment fails.

All the scientists surprised and became shocked. At last the poison was bought and the effect of the poison reacted on the plant, and the cacography equipment as declared by the scientist much before.

He was the first person to tell us that the plants also grow like us, breathe, live and die. Plants also feel pain. The world of Science will remember him always for his inventions. – ASHISH KUMAR 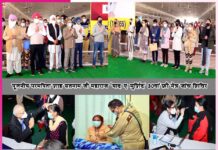