It is the foremost duty of the parents to get best education for their children. Every parent wishes that his ward gets education and stand independently on his/her feet.

But in the children’s education, one psychological fact is that every child has different capacity to learn and grasp. The variations in the results of the students studying in same class, from the same teacher, studying the same syllabus gives strength to this idea. It reflects that in the class there are children of high IQ, medium and low IQ too.

It is also not necessary that a child is always studying and having books around her/him scores high marks. Every such student who has high IQ, who learns every thing with his brain, and who can explain well the matter he has studied, can attain higher position.
Often we see that the students who take part in extra-curricular activities also attain good position in studies. Playing and other extra-curricular activities like participating cultural events are there in their day-to-day schedule.

In today’s competitive time, when the students have to face the competitive exams in their early age, it is necessary to encourage and train them to be independent very early, so that they are able to do self study.

Today coaching is becoming a severe problem in the society. In olden days, parents used to arrange tuition only if their ward was much behind in studies. Those parents used to find it better to get their children admitted in high standard English medium schools, but they had no knowledge to review the studies of their kids, used to go for tuitions and coaching. With the help of tuitions, the students could have grip on those subjects. But today the tuitions and coaching are becoming a fashion and status symbol for the parents. The housewives feel it proud to say that a person and a neighbourhood is paying Rs. One thousand or Fifteen hundred as monthly tuition fees though the kid is in nursery only.

The fact is that if you start tuition at a very early stage, the mental development of the kid is affected, and the tuition burden becomes hindrance in their natural growth. If the tuition is continued in every semester, the kids grow the habit of tuition and without tuition they are not able to continue the studies.

Even we cannot ignore the fact that heavy load of home work has also increased the tuition/coaching. In some schools it has become a fashion also. Truly speaking the teachers also do not have the thorough knowledge of the topic and the subject, so to get rid of the work, they give heavy home work and ask the students to read and prepare the topic from home. So due to the high standard of the school, student gets problem in learning the subject and going for tuition becomes compulsion for him.

This fact cannot be ignored that tuition affects the self confidence of the child and makes him dependent on tuition only and by that a child cannot make improvement in education. 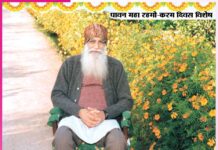 10 Tips to Help You Communicate With Teachers