In early childhood education, autonomy means making kids know that they can control themselves and the decisions they make while playing the games, activities they participate in and talking to friends. A role is played by autonomy in all the actions taken by children in the classroom. It is a crucial skill for the holders to learn to be independent because it teaches them to control themselves in the future when bigger responsibilities come on their shoulders.

As kids gain more independence, they discover the world on their own and learn to express themselves. They also understand how their decisions and actions impact results and understand what they can control and what they cannot control. Autonomy should be encouraged at the beginning of childhood so that the kid can develop a sense of self.

This article focuses on a few ways that autonomy can influence the development of a child. When a kid realizes that he is in control and can take his decisions, his self-esteem increases. Doing something on one’s own can develop a sense of achievement. When kids make their own decisions, they are solving problems. Taking meaningful decisions is a crucial part of cognitive development which increases as they select from the choices that are presented in front of them.

It is very important to encourage autonomy during the early stages of childhood for the growth of the personal confidence of the child. As more independence is provided by parents and educators, children develop the potential to learn from their actions, successes as well as struggles. Autonomy can be encouraged by offering choices. Permitting kids to take their decisions is the initial step of encouraging autonomy. Whenever possible, an environment must be set up where various choices are offered. Listen to the opinions and ideas of the children and respect them.

This would assist in the development of autonomy in them. It will make them feel that their inputs matter to the world around them which would boost their self-esteem. Also, the children must be offered real roles and responsibilities which are challenging enough so that they can develop the trait of perseverance. They must be assigned tasks such as gardening, cooking from a specific recipe, or organizing files to make them feel like they are doing duties just like adults.

In the adolescence period, teens start making their identities by separating from their parents. It is a time of inclined conflict in the household because teens start  imposing their autonomy with behaviors and experience. Also, they do not feel completely prepared to stand alone and face the world so they stay dependent on their parents for guidance and support. This is a challenging phase for guardians because they feel that they do not have a complete influence on the life of their children. Many parents want to guard their kids against poor choices and impulsive decisions which they are supposed to make occasionally and grow as they learn from it. In this phase,  It is very important to allow the children to take responsibility for their actions and behavior so that they can become independent, self-reliant, and can trust themselves.

For supporting the child’s differentiation and autonomy, they must be permitted to take their life decisions even if it goes against the perception of the parents. Kids must be allowed to take risks in life and parents must always stand behind them for their support but they must never judge them when they take wrong decisions or make poor choices. Such opportunities develop coping strategies in the children when they face adversity. These are important lessons of life which the children would carry with them in adulthood to deal with the problems which would arise afterwards.

Another crucial factor in the individualization process of the child is his peers. Being accepted in the friend’s group is a protective factor that is necessary for the maintenance of self-esteem because adolescents are very vulnerable to a feeling of social acceptance and have desires to solidify their social recognition.

It can be very difficult for parents to let go of the mistakes and encourage autonomy in their children. It can make parents feel anxious to see their children committing mistakes because they desire the best for their kids. They always want to protect and guide their children but being overprotective threatens the emerging identity and individuality of the child and it prevents them from developing self-esteem as well as self-confidence.

Teenage is a tumultuous phase for children as well as parents. In this phase, the child is coming into adulthood from their childhood and many challenges come on the way. The primary job of a parent is to support their children for more independence and greater autonomy by offering guidance, care, love, support, and providing them correct direction. By permitting teenage kids to take decisions about their lives, increase responsibility on their shoulders which enhances their confidence and boosts their self-esteem. In this way, they start feeling that their parents trust in them and their decisions matter to the people around them. This provokes them to take optimal decisions and make the best possible choices for themselves. 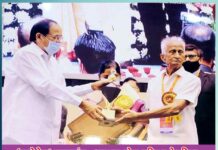 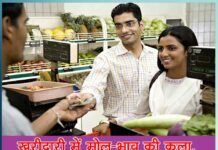 Be A Smart Buyer