As recent events rocked Haryana, people were glued to their TV sets.

The issue consumed six precious human lives, boosted TRP’s and churned out self styled experts who cast all ‘Deras’ together and went on an anti Dera spree with abandon.

Some loud mouthed anchors played a mix of judge+jury+executioner with the pompousness of a dictator and delivered instant judgments.

While reducing ‘God’ to an industry in certainly a worrying trend; ignoring the call of the True Master and not distinguishing the real from the fakes has its own perils.

I speak from the vantage point and perspective of someone who was an investigative journalist when I tip toed with not-so-honourable intentions into Dera Sacha Sauda in the summer of 1992. But an equally open mind is not easily found among my brethren these days.

As I was pestered with questions on events that do not relate to Dera Sacha Sauda, I was hard pressed to respond to my learned colleagues. I share my humble contentions here…
I do understand the intelligent, worldly, common-sens-ical and ground level perspective that some skeptics have on us.

After all, all smart, cerebral people live by broad generalized conclusions on how the planet functions. But looking at Dera Sacha Sauda only from solely a narrow viewpoint takes an observer into the strait-jacketed confines of a limited outward understanding, which in the spiritual world amounts to nothing. Sorry, but yes, nothing! For spirituality is something that leads us inwards…

Sounds a little harsh, but I do not question or wish to offend anyones’ intellect; I have the greatest respect for everyone. But I only wish to draw attention to the fact that we need to develop another, a higher frame of reference to understand spirituality. And that, such a frame of reference does exist, and that it is as rational and scientific as any other.

We are consumed and enamoured by the trappings of worldly power, quite unmindful of the ways of the highest power that the faithful call God. And the sea of devout at Dera Sacha Sauda has found the way to God through their spiritual Master Saint Gurmeet Ram Rahim Singh Ji Insan.

Guruji has never called himself anything beyond a humble fakir and a teacher of free meditation. Guruji has said on several occasions that he does not even imagine himself to be even the dust of the feet of the bygone Gurus, but yet some rabble rousers remain.

Going back to that frame of reference which is not merely the product of reverence but of an open minded enquiry, I would like to cite a few examples.

Analogies are sometimes the best way to illustrate a point, and the point here is not about putting Guruji on the same pedestal equal as any other divine soul that visited the planet but only to explain a viewpoint. First of all, all whom we worship today suffered endless intrigue and opposition.

Lord Krishna had lifted the Govardhan mountain, vanquished the mighty Kansa, chastised Shishupala, slain countless demons, and yet a much larger number of Kings decided to side with the Kauravas for they were mighty and virtually unconquerable with the likes of Bhishma, Drona and Karna in their ranks. The larger mass of humanity at that time still fought Arjuna/Pandavas despite the greatness of Lord Krishna and hence the Great War happened.

Had everyone understood at that time Lord Krishna was the very epitome of divinity, Mahabharata would not have happened. How many men helped Rama in the war against Ravana. None, except Lakshmana! This is only to explain my humble contention that their greatness as we understand now may not have been understood by everyone when they walked the planet.

And there was no dearth of controversies that were created by vested interests at all stages throughout history to trouble Holy men who rally against social evils.

From a broad humanitarian perspective no Saint, Seer, King or social worker in the history of mankind has undertaken the campaigns that Dera Sacha Sauda has undertaken.

In the contemporary reality of most of India’s narcotics transiting through our neighborhood, Dera faces flak for having rescued 50 million plus people from the throes of addiction. When Guruji says that God does not need money from anyone, formations of vested interest that sustain themselves on collections in the name of God, protest.

The same subterranean conflict is being played out by way of a series of allegations and conspiracies against us, but we are happy and content to carry on by doing good deeds, rather than going hammer and tong after the tormentors. Our Guru has given us the good sense to understand that the law of Karma always turns a full cycle, so we are steadfast upon doing our very best for the planet.

For those who think that our work does not do the talking and is merely a subterfuge for some nefarious designs, we have to leave such people to their imaginings.(And whenever perverse allegations against have fallen by the wayside or proven to be a conspiracy, media for unknown reasons has chosen to look askance!)

But we do hope that the emancipated, tolerant and broadminded mass of humanity will go beyond the obvious and superficial. The meditation is a good starting point to investigate the Guru, if he is worth the salt; he will show it from within.

For a guy who saw his father pull out from paralysis in a couple of hours with meditation, apart from endless other miracles of divine grace, I will happily give up the world and never give up my Guru. Dera Sacha Sauda is not just another Dera.

Learn and practice the meditation, join the social drives, experience the joy first hand and then make up your mind. Remote judgement is not the scientific method. 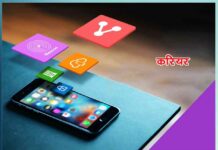 Topic of the month