The jam packed stadium with 2 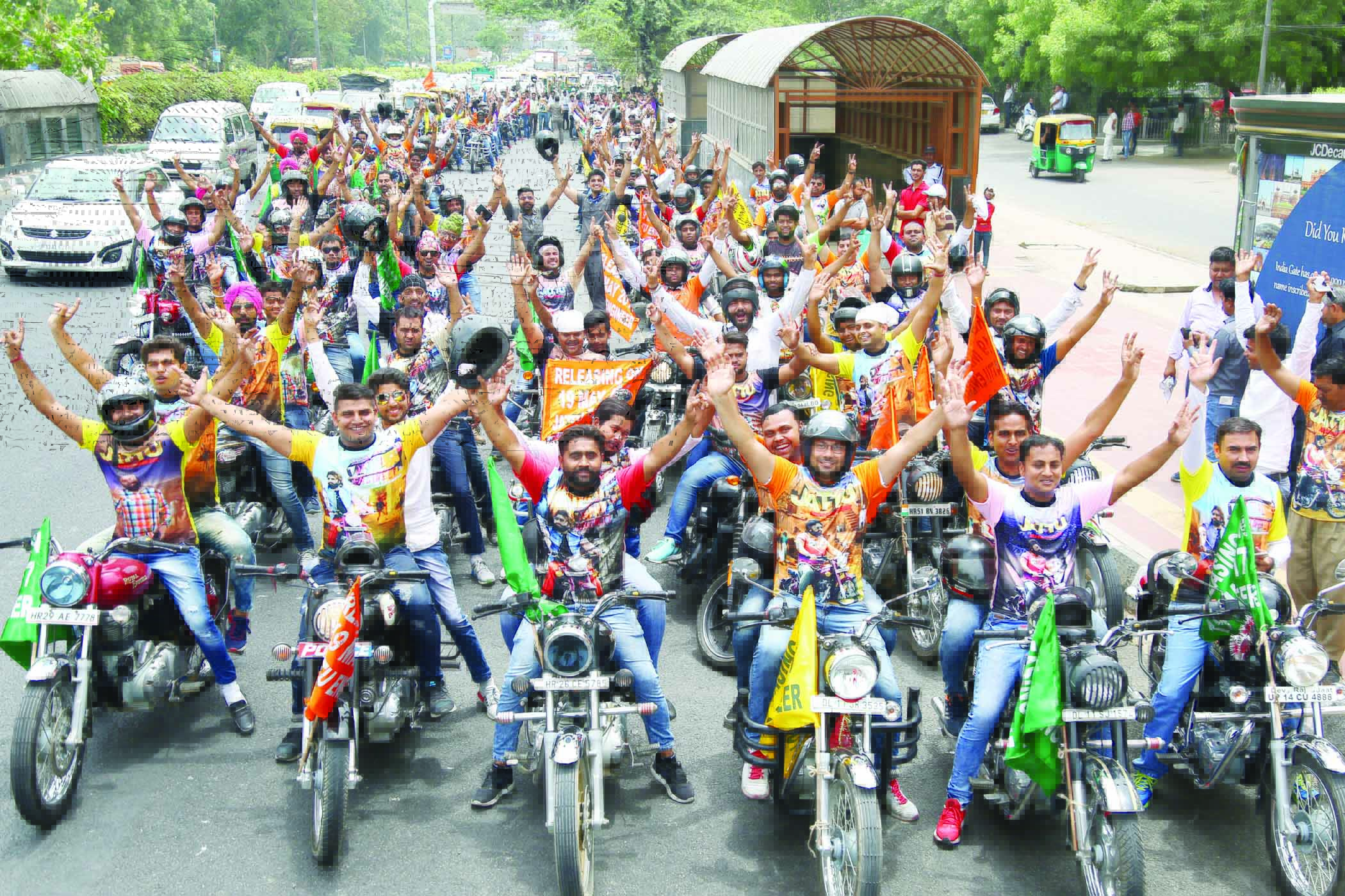 0,000 fans was all praise for the new film. Dr. MSG’s fans were wearing bright and colourful clothes with ‘Jattu Engineer’ printed on them.

All those present were singing songs of the new film. Be it fans from the cities or the villages, they were all in a very enthusiastic mood that day.

The songs and trailer presented to the audience before the film show was thoroughly enjoyed by the fans. Watching Dr MSG in the role of a player and a teacher, the entire stadium burst with clapping. 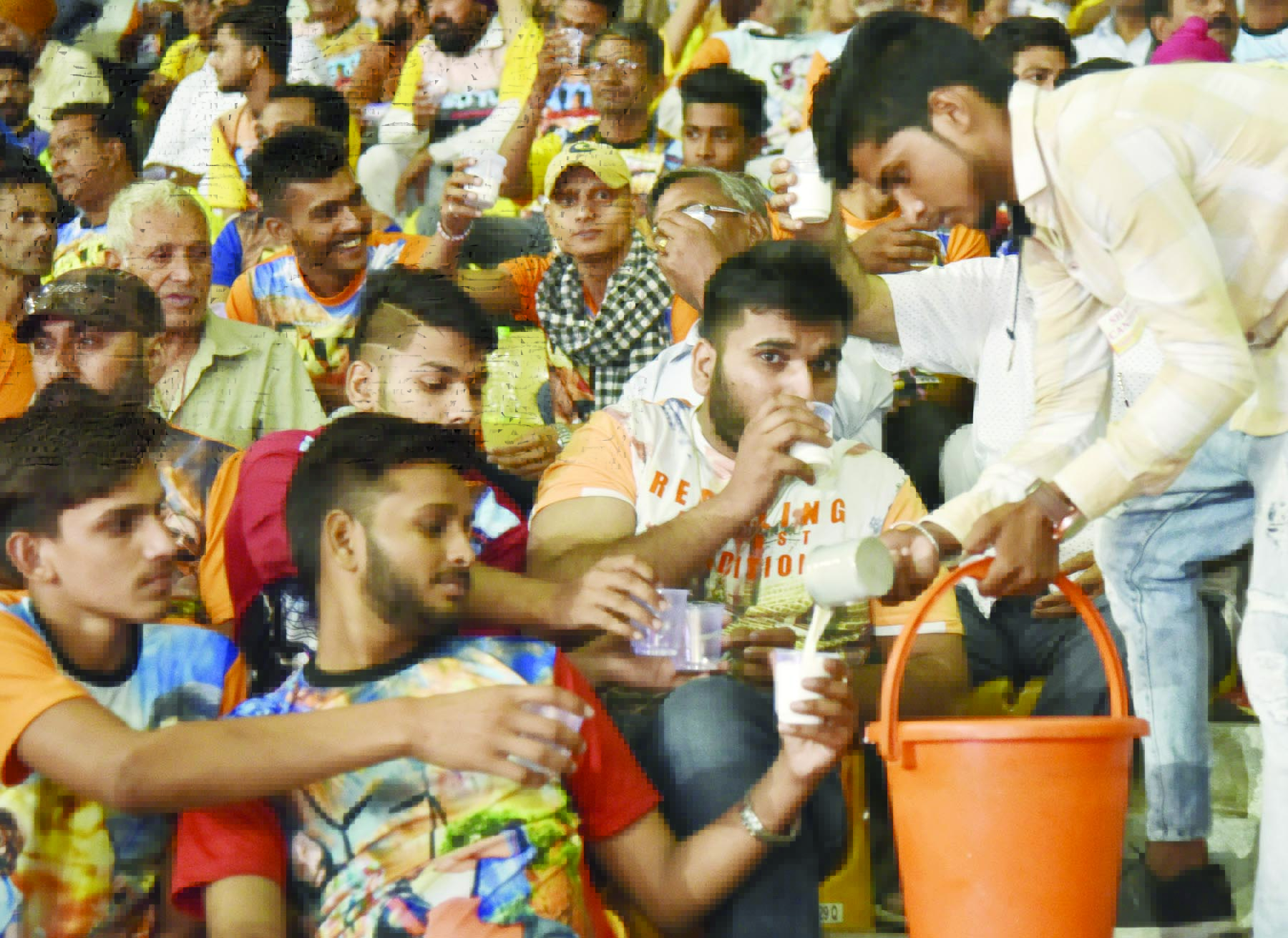 During the premiere show, Director of the film, Royal Daughter Honeypreet Ji Insan and all the members of the Royal Family were present along with Dr. MSG. Besides them, Minister of State, Sanjiv Balyan, Delhi BJP president and youth MP actor Manoj Tiwari, International Boxer Vijender Singh, National General Secretary of the BJP Murlidhar Rao, Mayor of Delhi Municipal Corporation and many other councilors were also present at the premiere show.

On the occasion, Revered Guru Ji addressed journalists from the print and electronic media. Answering a question on how the income generated from the film will be spent, Dr. MSG said, ‘All the revenue earned from the film, ‘Jattu Engineer’ will be used for the ‘Bone Bank’ and the ‘DNA Research’ centres.’ Incidentally, the combined income earned earlier by the films of the Dr. MSG, was used for the creation of a ‘Skin Bank’ at Shah Satnam Ji Speciality Hospital. 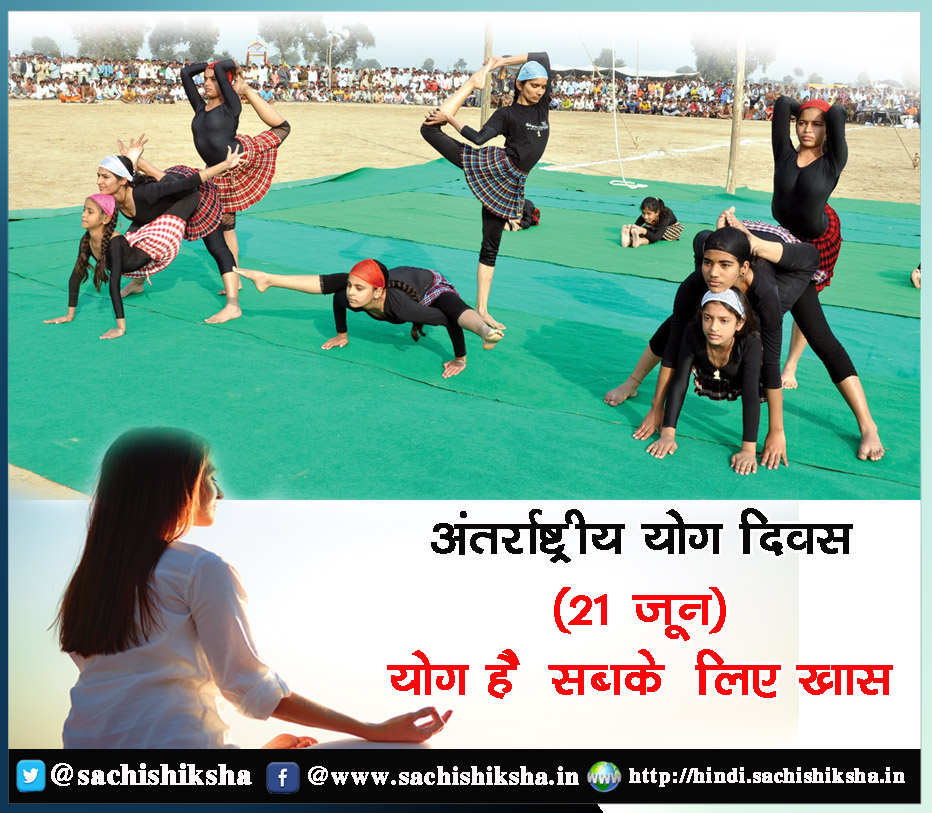 The occasion of the Premiere show of film ‘JattuEnigneer’ became memorable when Dr. MSG announced the ‘Cow Milk Party’ for all the fans from the stage.

As many as 19713 people drank cow milk together which created another world record in the name of the Dr. MSG. Representatives of the ‘Asia Book of Records’ praised the effort of the people and presented a certificate of award to the Dr. MSG. After accepting the certificate of creating a new record, Dr. MSG said, He would be happy if anyone breaks this record.

Wine and cocktail parties are very common in society these days. We are now starting a new party and it will be different from all the other parties.

It takes a great deal of effort to make a film. You need technique, technically expert people and a big team to complete the various tasks associated with the film. We are happy that We have a very competent team. We complete every work in less than the allotted time.

The film has been promoted through ‘You Tube’ and other mediums of communications. There has been a resounding response from the fans all around. For an actor and a film maker, the clapping of the audience is the best medal. – Dr. MSG, Actor & Director

Till the film is finally released on the screen, there is a lot of work. Whether you sleep or keep awake, the characters of the film, keep knocking your memories. The appreciation of the film by the fans is highly satisfactory. This is a medal and the real award. 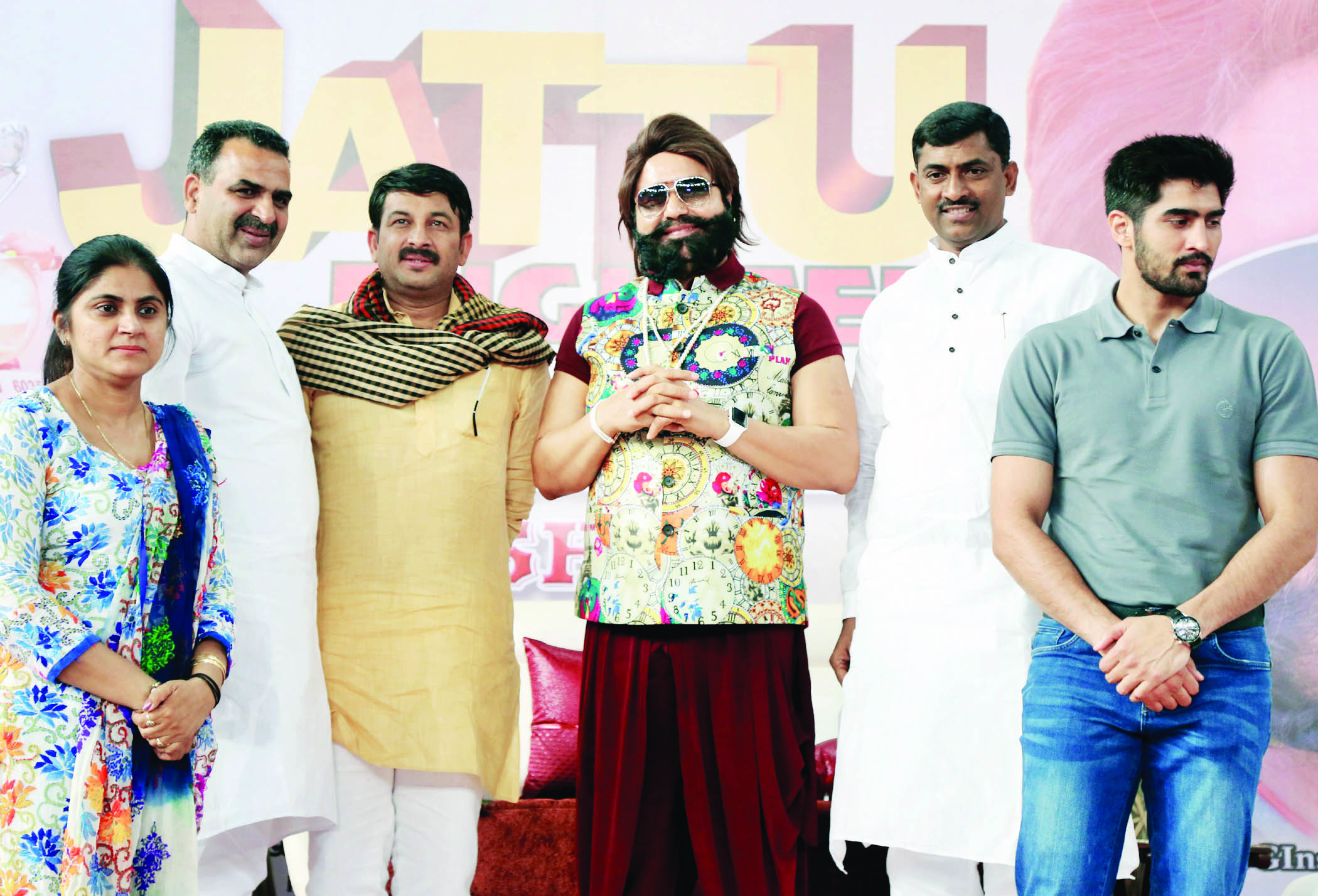 Meditation has a lot power. I also believe in meditation. Many a time I also go to the Sirsa Ashram. There is a special message in every film of the Revered Guru Ji. Every film of Dr. MSG creates awareness in society.

It will be an honour for me to work together with Revered Guru Ji in any film.

Service to cow is the service to the nation. I have been making efforts for a long time for the protection of cow in the country.

In this regard I had also undertaken 750 km long ‘pad yatra’ in 1995 to protest against the slaughter houses in Andhra Pradesh. 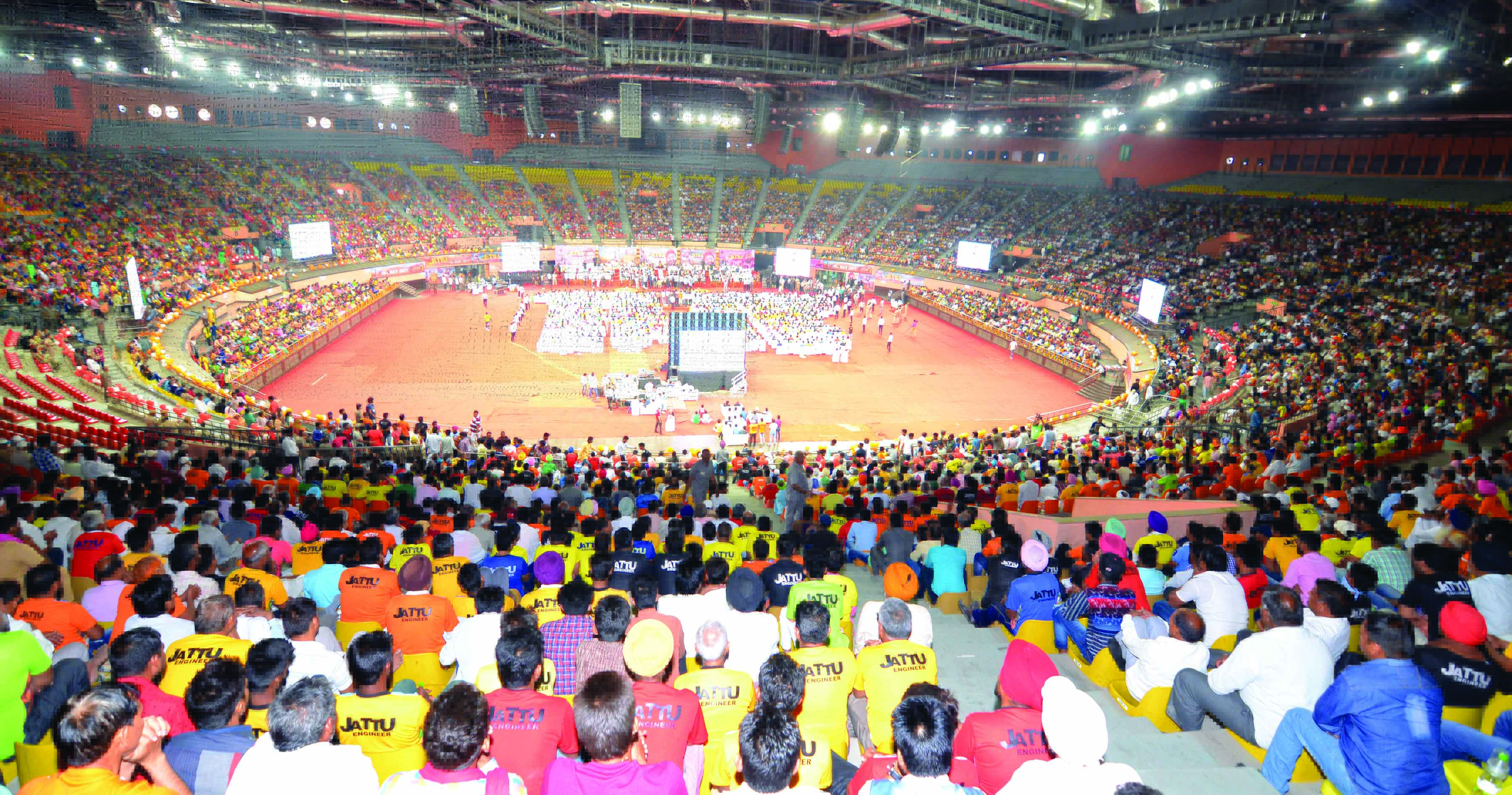 The Need Of Spirituality