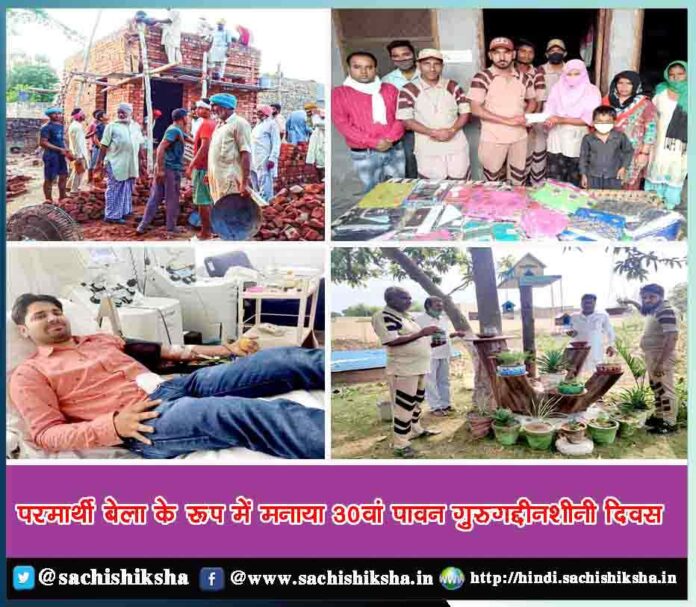 The COVID-19 pandemic is considered to be the most crucial global health calamity of the century and the greatest challenge that the humankind faced since the 2nd World War. COVID-19 or Corona as we know commonly, has rapidly spread around the world, posing enormous health, environmental, economic, and social challenges to the entire human population. The coronavirus outbreak is severely disrupting the global economy.

Almost all the nations are struggling to slow down the transmission of the disease by testing & treating patients, quarantining suspected persons through contact tracing, restricting large gatherings, maintaining complete or partial lockdown etc. With the current scenario, millions of people are confined to their homes with limited resources to survive which eventually pushed them to online searching, surfing, and shopping for the resources.

Despite these positive impacts on the global environment, scientists largely agree that COVID-19 will not help the environment in the long run. Moreover, not all aspects of the lockdown are beneficial to the environment. With more people than ever spending all day at home, waste generated by online shopping deliveries is at an all-time high. Medical waste has also skyrocketed with hospitals in Wuhan generating nearly five times as much waste during the outbreak as they did before.

Many countries are already encouraging “social distancing” practices. Schools and universities are temporarily closing or switching to remote learning platforms. Conferences, music festivals and other public events are being cancelled or going virtual. These kinds of disruptions stand to get more severe in the coming weeks. They could also come with an unexpected side effect: an impact on carbon emissions.

Scientists are still working to understand how fast the new coronavirus will spread, how it might respond to the changing weather and why it affects some demographics more severely than others. As it turns out, the virus may also teach scientists something about the complex relationships among everyday human behaviors, their response to large-scale disasters, and their carbon footprints. “Pull one string here, and it affects everything else,” said Christopher Jones, a climate policy expert at the University of California, Berkeley, and lead developer at the Cool Climate Network, a research consortium focused on tools to reduce carbon emissions.

“With the economy and carbon footprints, they’re so interrelated that you really quickly start to have all these complex interactions.” There is also the possibility that people may spend more time watching television or using appliances if they are cooped up in their houses, noted Jacqueline Klopp, Co-director of the Center for Sustainable Urban Development at Columbia University. Pandemics like COVID-19 could also spur less obvious behavior changes which may nonetheless affect a household’s carbon footprint.

For instance, reports have suggested a recent spike in online shopping and home deliveries, especially for groceries. This is likely another byproduct of the virus as people increasingly avoid public spaces. According to at least one recent study, it may largely depend on whether the deliveries come from a store in the community or are shipped in from somewhere else, and what means of transport the shopper would ordinarily use to pick up the goods in person.

Data centers are reportedly responsible for about two per cent of the world’s greenhouse gas emissions, a carbon footprint nearly equal to the airline industry. And music streaming is obviously just one component of the internet that these data center power, along with video streaming, and social media. Getting to a point where data centers legitimately runwholly on renewable energy is a massive and important undertaking, but it is also just one component of greening the internet. “The amount that people are streaming and downloading is increasing at such a rate that they may outweigh any gains in the efficiency of the system,” Scientist says. “This is just in the U.S. and once we take into account places where streaming is huge — China, or Africa or India — places where there are less stringent requirements on the generation of power for the internet, I don’t have those numbers, but my sense is the picture gets even uglier.”

Carbon dioxide gas level increases to higher than 5 % in the room, this ratio is enough to kill the human being. Carbon dioxide gas increases the cerebral blood flow and intracranial pressure. Increasing the percentage of carbon dioxide gas in air causes the melting of  the snow on the tops of mountains and the two poles causing the raise of the level of seawater, so some coastal towns will drown. Symptoms of carbon dioxide gas toxicity are high blood pressure, headache, flushed skin and twitching the muscles, and at higher levels, man can experience panic, hallucinations, vomiting, irregular heartbeat and potentially unconsciousness or even death due to rising of carbon dioxide concentration in the blood and tissues.

So, while changes in our personal online behavior will only take us so far, there also needs to be changed within the industry to ensure that carbon emissions can be reduced, says Elizabeth Jardim, a senior corporate campaigner at environmental campaign group Greenpeace. The IT industry’s greenhouse gas emissions are predicted to reach 14% of global missions by 2040 but at the same time, the UN’s International Telecommunications Union has set the industry the target of reducing its emissions by 45% over the next decade.

“It’s more important to make sure the companies building the internet are switching to renewable and phasing out fossil fuels,” says Jardim. “That’s when searching will be more guilt-free.”

Security Challenges and Their Management in Border Area

How to be Productive?