Before we look into the Capsicum Nutritional Facts, lets talk about its health benefits and other interesting things.

Capsicums have three reasons to be loved. Firstly, it adds a dynamic personality to your food owing to vibrant colours of green, yellow, red and orange. Secondly, it blends into any dish and brings out a certain zing and flavour. Three, it is a storehouse of essential nutrients that can fight most illness.

Capsicum is considered an exotic vegetable that are likely to be called bell peppers or paprika in certain countries. Due to all these advantages, the capsicum has found its place in almost all cuisines.

Further, the sections below will give you an idea about the history, nutritional facts, health benefits and how to select and store capsicum.

Capsicums, related to the chili peppers, have been in existence for at-least 9000 years. And according to many historians, they have been cultivated for 7000 years. Capsicums are believed to have originated in regions of South and Central America.

It was Christopher Columbus who collected capsicums from the West Indian regions in 1492 and took them to Spain. Consequently capsicums spread through the regions of Africa, Asia and Australia.

Owing to the adaptable nature of these bell peppers, they grew well in tropical and temperate climates. Today, China, Turkey, Italy, Spain, India, Romania and Mexico are among the leading producers of capsicum. Almost 20-27 species grown across the world.

To begin with, Capsicums are known to lower the fat stored in blood corpuscles, called triglycerides, and thus help in burning calories. This can vastly improve the body metabolism. Moreover, this vegetable is considered beneficial in weight loss as it is low in fat and carbohydrates.

It contains antioxidants like beta carotene (carotenoid), lutein and zeaxanthin (phytochemicals) and vitamin C. After consumption of capsicum, the body converts beta carotene into retinol. Retinol is one of the most usable forms of vitamin A. These combine together and minimize damage caused by the free radicals to the tissues, arteries and nerves. It also helps in prevention and treatment of heart diseases, osteoarthritis, bronchitis, asthma, cataract etc.

Capsaicin, contained in capsicums, is a lipophilic chemical. This produces a burning sensation in the mouth. It is believed to prevent and treat cancer since this compound prevent carcinogens from binding with the DNA. Capsaicin is also known to block the transmission of pain from the skin to the spinal cord. This treats a condition called neuralgia, pain linked with herpes zoster and postoperative amputation trauma.

Rich in vitamins, capsicum helps in strengthening the immune system by making available vitamin A and C in the body. Vitamin B and folate have been used in the treatment of depression and stress related conditions. Lycopene, another important compound found abundantly in capsicums. This reduces the risk of prostate, cervical and ovarian cancer.

There are about 20 calories in capsicum per 100 gm of weight.

How to Buy Capsicum?

Look for capsicums that are brightly coloured, plump and shiny with a tight skin.

However, make sure that they are free from blemishes. Any dark spots on the surface could mean that capsicum has started to decay and rot.

Capsicums need to be heavy and firm. Avoid the ones which are soft, dull, shriveled or pitted.

Also, make sure that the stem is intact, fresh and green.

Tips to Storage Capsicum Without Losing its Nutritional Values

Especially, fresh capsicums can be stored in a refrigerator for a period of 5 days in a plastic bag. It is a fact that green capsicums stay fresh longer than the yellow and red ones.

Cooked capsicums can be stored in airtight containers and then placed in cold storage. But this will remain edible for only a day or two.

Capsicums can also be frozen so that it can be stored for longer period of time. Whether blanched or unblanched, they need to be cut into halves first and seeds removed before freezing.

Unblanched ones should be tightly packed and sealed. Blanching means to cut the capsicum into small pieces and boil in water for 2-3 minutes. And then tightly pack, seal and place inside the freezer. By the way, remember that blanched capsicums stay fresh longer than the unblanched ones. 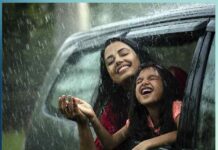 PROTEIN- WHAT & WHY A MUST