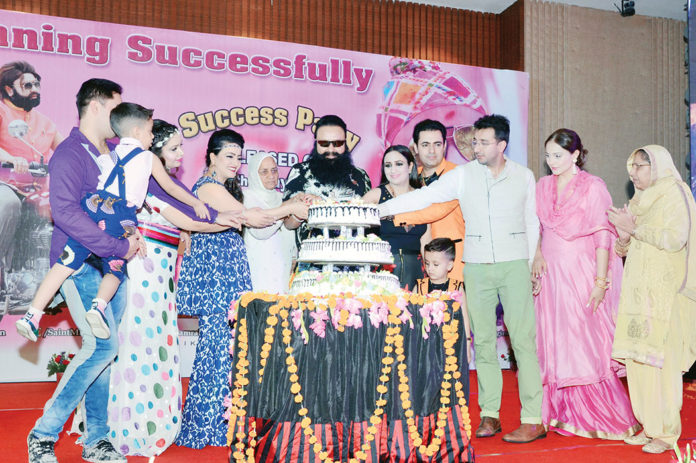 Dr MSG organized a ‘Cow Milk Party’ again to give the historical message to save ‘Mother Cow.’ Dr. MSG conceived the Cow Milk Party and initiated it during the premiere of the movie held on May 17, 2017.

He also launched a national signature campaign to grant the cow the status of ‘Rashtriya Gaumata’ (National Mother Cow). Many eminent personalities present on the occasion from the social and political fields appreciated this great venture launched by Dr MSG.

They also praised Dr MSG’s efforts in giving society a new direction through the medium of His healthy films. The party was attended by celebrities from Bollywood and various other prominent leaders & distinguished guests were also present.

Apart from the fun and comic ride that ‘Jattu Engineer’ promises, some wonderful messages of cleanliness, and self-sufficiency of villages are imparted through this medium. During the Success Party, as soon as the actor and director of the film Dr MSG arrived with Royal Daughter Honeypreet Ji Insan (Father-Daughter-Duo), the entire gathering erupted in cheers.

The happiness of the people present on the occasion knew no bounds. Clippings reverberated in the hall for a long time. Dr MSG once again celebrated ‘Cow Milk Party’ with the admirers of the film in the honour of the ‘Mother Cow.’ Dr MSG called all the invitees on the stage and offered them the cow milk.

Thus Revered Guru Ji launched a new & healthy tradition of having party with the cow milk. Very soon, in just a few minutes, the rest of the people present on the occasion were also distributed cow milk. As a part of His humanitarian works, Dr MSG distributed school bags and study materials to 30 economically weaker children present on the occasion.

Dr MSG signed first on the nationwide signature campaign to appeal to the central government to grant the cow the status of ‘Rashtriya Gaumata ‘(National Mother Cow. Thereafter Dr MSG’s daughter Honeypreet JI Insan and later all the guests present on the stage signed one by one with great enthusiasm to participate in the ‘Save the Mother Cow Campaign.’

Vijay Sampla, MLA from Uttar Pradesh K P Malik and many other political and social leaders signed on the list to appeal to the Prime Minister to give cow the status of ‘Rashtriya Gaumata’. On this occasion Dr MSG said that it is hoped that the campaign, which has now been launched to give the cow the status of ‘Rashtriya Gaumata’, will spread across the country and crores of signatures will be there soon. After that this proposal will be submitted to the Government of India.

Hundreds of journalists from the print and electronic media had reached the venue to participate in the Success Party of the film. They asked several questions regarding the film. Dr MSG answered all the questions in a detailed manner.

While answering the questions of the media during the Success Party of the film ‘Jattu Engineer’, Dr MSG said,‘ A positive change is coming over the society due to films. Many Gram Panchayats approached Us after watching the film , ‘Jattu Engineer’ and discussed the installation of the bio-gas plants in their respective areas.

They were attracted by the sustainability campaign. We are also guiding the Gram Panchayats in this regard to enable them to set up their own bio-gas plant.’ Replying to a question on ‘Jattu Engineer’s competition with the film ‘Bahubali’, Dr MSG said, ‘Everyone is a master of his own art. Our message is going across the world.

If the issue is of breaking records, We never thought about it.’ On the association of milk with the Success Party, Dr MSG said, ‘A lot of controversy has been created in the country over the cow. A hot debate is going on whether people should eat beef or not.

No religious text says that people should eat beef. From Our childhood We have considered cow as Our mother. We have drunk cow’s milk & eaten its ghee. Therefore, looking at My life I felt that I must do something for the cow.’ Asked about His forthcoming film, Dr MSG said that the shooting of ‘Online Gurukul’ has been completed.

It may be released in the cinema halls by the end of the year. We have worked a lot on the VFX in the film. Young people have been trained in this art. They all are working on it. In a very short time, these young people have been prepared for self-employment.’ Dr MSG shared, ‘A new film, ‘The Birth’ will be made on the lines of the Hollywood’s blockbuster film ‘Avatar’. Besides this, there is a plan to start a serial on the small screen as well.

Jawahar Yadav Jawahar Yadav, Chairman of the Haryana Housing Board, who was also present in the Success Party of the film, ‘Jattu Engineer’ announced that the film of Dr MSG which gives a social message will be made tax-free by the Haryana Government.

In fact Haryana Government will make tax-free all the films which give a social message. He further said that he had gone to Dera Sacha Sauda to seek its support in the campaign to stop rampant power theft in the state. He saw many projects there. It was realized that the waste management technique adopted by Dera Sacha Sauda is one of the best in the world. If one adopts the Dera technique, there is no need to go to foreign countries to learn any new method of waste control. Be the cow dung gas plant or something else, Dera Sacha Sauda has set a fine example. …………………………………………… 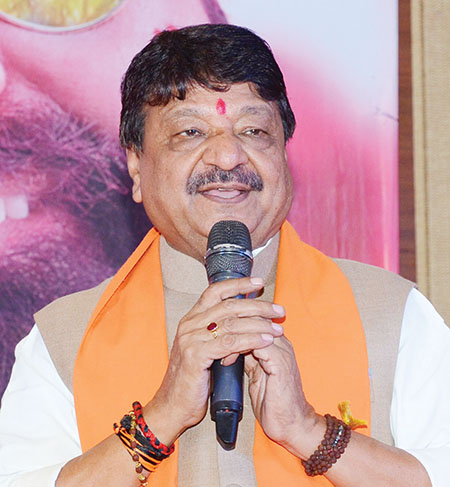 Guru Ji has presented the philosophy in the shape of ‘New India’. Through the medium of films, Guru Ji has presented cultural values to the younger generation. This is a very bold step. The philosophical Guru has started a new tradition. It is a different matter whether the government gives the cow status of ‘Rshtriya Gaumatar, but I have considered cow as mother from my childhood. As many as 33 crore gods reside in the cow. If the cow gets the status of the National Animal, it would be a great matter. 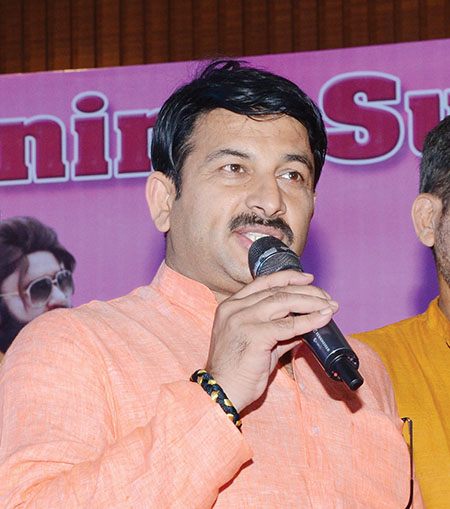 There is a demand by everybody to declare cow as Rashtriya Gaumata. I also did not delay and immediately put my initials on the signature campaign. I am fully with this movement. I did not call up anybody, but signed on the campaign paper. Now this question will arise, but I have joined the movement launched by the Guru Ji.

This movement will have a happy ending in the country. The film ‘Jattu Engineer has so far earned Rs 291 crore in 19 days. In the coming 15 days this film will cross Rs 500 crore as well. I have myself made 98 films, but Guru Ji’s film is better than all of these. The message given in the film is something very special. 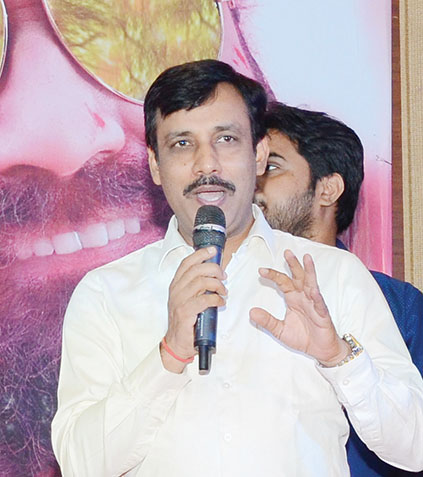 Haryana Government is committed to saving and educating girl child and promoting education. Dera Sacha Sauda has been actively engaged in this task even before the government’s initiative. Just as to understand RSS, it is better to join RSS, if you want to know about Dera Sacha Sauda, you must get associated with it. Dera Sacha Sauda teaches the true path to progress. 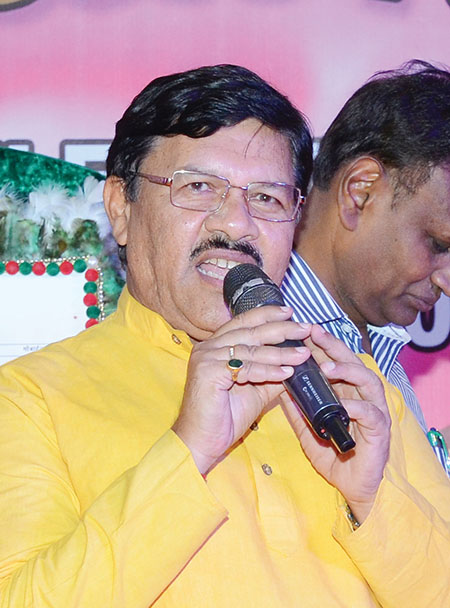 Guru ji did not make ‘Jattu Engineer’ for mere entertainment. He has given a number of messages through the film which are all so good and beneficial for the society. These are the messages of cleanliness, Beti Bacha Beti padhao’, sports and self-employment. Besides delivering the religious discourses, the Guru Ji is giving us all inspiration to be good human beings. This is something special. 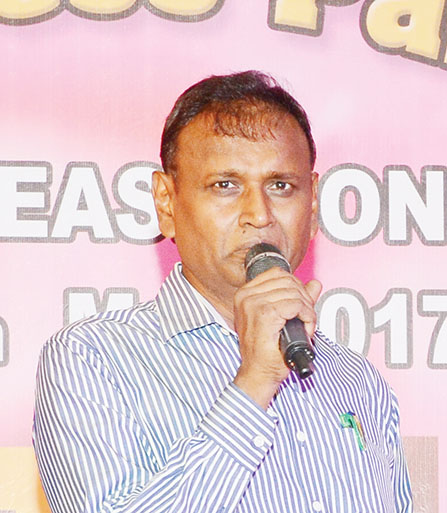 I have never seen such a Guru who is not just an expert in the matter of religion, but in art as well. He gives a message to fight the evil forces. He inspires us to be good persons. He gives messages in the field of education as well. Guru Ji, I have seen your vast knowledge in all fields. 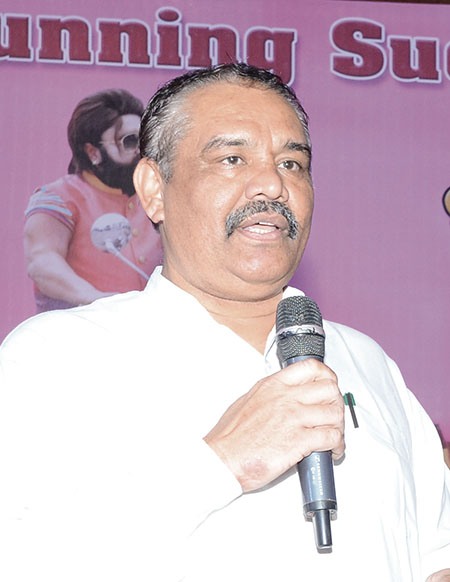 Guru Ji has rightly said that in no religious text it is written that eating beef is necessary. If this is true, there is no reason for a debate on this issue. It is a matter of society. Guru Ji has special respect for the cow. The cow is the only animal which breathes out oxygen. We have been working in this field for a very long time.
If Guru Ji’s blessings are there with us, we will be successful in everything we attempt. – Vijay Sampla, Minister of State for Social Justice and Empowerment