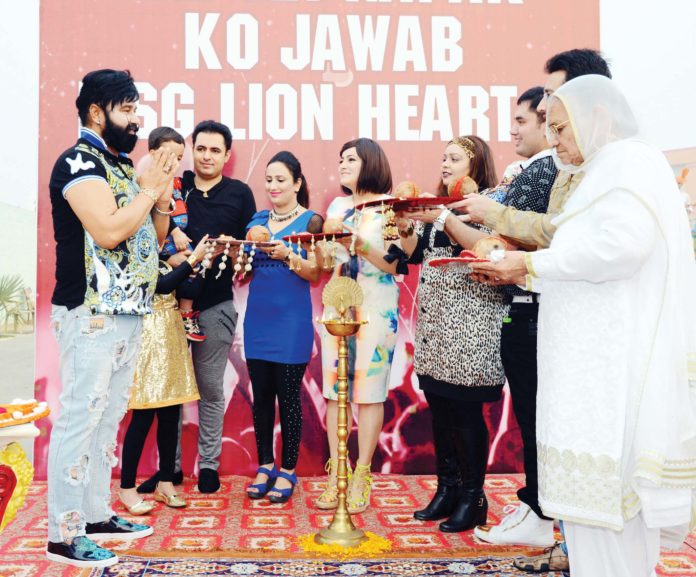 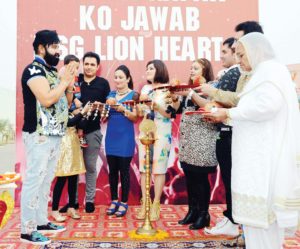 Auspicious Inauguration of the shooting of Lion Heart -2

* The film would be based on the Surgical Strike:Revered Saint Dr. MSG
* The Revered Guru Ji will Act in the lead role as ‘Sher-E-Hind’ in the movie The grand success of Lion Heart-1 Revered Guru Saint Dr Gurmeet Ram Rahim Singh ji Insan is coming with a sequel of the film.

After the grand success of His first three earlier films, Revered Guruji has now begun preparations for His fourth film which will be a sequel of the MSG The Warrior Lion Heart.
The Father-daughter duo of Revered Guruji and Princess Honeypreet ji Insan is making efforts in the production of the new film-Lion Heart 2 with their teams. The father-daughter duo has made a great impact on the audience and are ruling the film world now.

`MSG the Warrior Lion Heart has created a resounding thrill in the film industry. 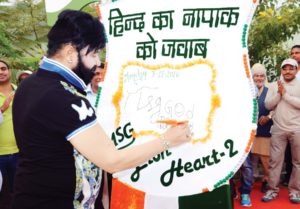 Long queues of people waiting to watch the film can still be seen at cinema halls. The craze of the audience towards the film shows how much they have liked the Father-daughter duo’s effort. Now this super team is determined to do well in the next mission regarding the sequel of the MSG the warrior Lion Heart film. 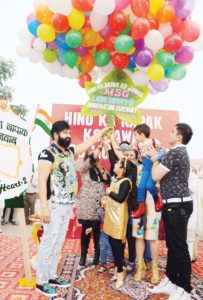 MSG series films intact and to bring the sequel of Lion Heart to the audience as soon as possible. The father-daughter duo is working ceaselessly with an objective to bring out another excellent product to the audience. The duo has almost reached the end of their mission. The shooting for this film began on November 7.
The name of the sequel is Lion Heart2Hind ka Napak ko Jawab’. The inauguration of the new film was performed at a grand function held in Shah Satnam ji Dham. Revered Guru ji lighted the earthen lamp on the occasion to launch the film.
On this occasion the director of the film Princess Honeypreet ji Insan, DOP Santosh Tundial, Revered Mata Naseeb Kaur Ji Insan and other members of the royal family were present. Revered Guruji made an entry at the grand shooting stage with a fleet of 25 tractors.
He was flying a flag while driving the tractor.
Revered Guru Ji lighted the lamp and wrote ‘MSG God bless you’ autograph. Next the members of the royal family broke the coconut and performed `pooja’ (worship with Camps). 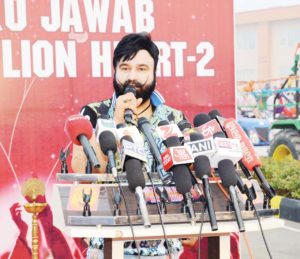 He said,He has read the religious texts to know that the path to Jihad leads a person towards God. But terrorism is something else’.
While replying to a question on India’s ongoing strained relations with Pakistan, the Revered Guru ji said, India left no stone unturned to create friendship with Pakistan. Pakistan was extended a friendly hand in their own country as well, shook hands, hugged. India repeated its friendship hands even in neutral countries with Pakistan.
But Pakistan did not reciprocate in the same manner. But Pakistan should understand that if they continue to behave in the same manner those hands which are used to hug each other can also be used differently with a pressure. 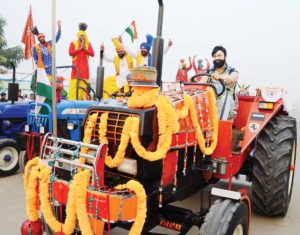 On being asked by the mediamen, Revered Guru ji said Dera Sacha Sauda has helped the families of the martyrs even before and will continue to help financially in future as well. He said, representatives of Dera Sacha Sauda are either reaching out the families of the martyrs in their homes or inviting them to Dera to honour them.
All efforts will be made to mitigate their problems. During the new film, in a scene, they will be saluted as well. With regard to the film, He said the entire shooting schedule will be completed in a month’s time.
At present search is going on for selecting proper shooting locations in Rajasthan, Himachal Pradesh, Kerala and Sikkim etc. The film will be like a real story.
Princess Honeypreet Ji Insan will direct the film: Revered Guru Ji’s daughter and successful director of the film `MSG the Warrior Lion Heart’ will also direct to Lion Heart 2. Princess Honeypreet ji Insan will also play a role in the film along with being the director. Princess Amarpreet kaur ji Insan will sing songs in film.
Ration distribution to the needy: Revered Guru ji always begins any new work with the help of the needy. No wonder Revered Guru ji distributed ration to the poor and the needy at the opening of the new film.
Soldiers should not commit suicide, but die for the country: Replying to a question regarding an ex-serviceman who committed suicide recently, Revered Guru ji said, soldiers are the source of inspiration for the countrymen. Soldiers should not commit suicide, but should kill at least 100 enemies before sacrificing their lives for the country so that we get a chance to salute such brave soldiers.